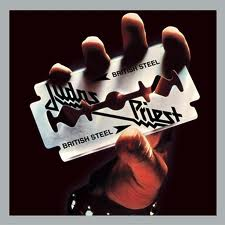 “Rules are mostly made to be broken and are too often for the lazy to hide behind”  Douglas MacArthur.

In the last few months I have accumulated a number of traffic violations. One of these offences was speeding on Motorway (usual speed 70 MPH), and I was caught by an average speed camera doing 65 MPH. Unfortunately for me it was on a stretch of the motorway that reduces down to 50 MPH. I had never before driven through this zone in anything but Rush Hour traffic and as consequence never needed to worry because if the Traffic was doing 50 MPH this was a good day indeed. My offence was to go home early suffering with toothache and the desire to get home as quickly as possible. I paid the fine and decided that trying to explain to the police that I was distracted by my toothache would result in a far worse crime of Driving Without Due Care and Attention.

My other traffic violation was a parking fee for not returning to my car before my 3 hour ticket expired. It was not intentional I just didn't have any more change to stick into the meter.

I have been a licenced driver for 26 years now and have never before had a traffic violation. Have I changed my behaviour? No, not really I have always driven slightly above the speed limit and in particular I am very careful and mindful of my speed on motorways especially around contraflows. When you obey the law by sticking rigidly to the speed limit, it really sticks in your craw to see other people flagrantly ignoring the rules and zooming past you in the outside lane. Deep down you want them to be punished for flouting the rules, you know there are speed cameras in the area and that they are bound to be empty, but you know if you tried the same tactics that every speed camera in the world would magically fill itself with images of you breaking the law to be beamed directly to a police computer.

Now I know I have ranted about Blizzard's rules before, I know that I have never read the ToS or the other 2 annoying screens that need to be agreed to whenever a new patch is released, but the reason why we don't read them is because we know that they are there to protect the company from doing anything they want and having the law back them at the same time, but also because the majority of us have no intention of doing anything offensive (ok this statement is up for debate).

Rules are often in place not to rigidly enforce but to support any decisions that are made relating to them. We have seen Blizzard react swiftly to exploits (Ensidia Ban), and to do nothing about botters and gold sellers only to have a FBI style raid and remove 99% of all known germs in one fell swoop.

The original UI was very poor for reporting non conforming behaviour and if memory serves me right, the only option was to report for spamming or to fill out a ticket. Patch 4.3.4 now allows anyone to right click on a portrait and report for a multitude of sins. The question is how much does Blizzard care about the stuff we report. If they can't be bothered to action when things are quiet (9 months without any major content), then what are they going to do when they unleash a sloth of Pandas on the world. If you report a player, then you do not get a response with the action they have taken, it would be time consuming and not always in our best interest to know how Blizzard manages these reports. The issue is, if there are no visual clues of Blizzard actioning these reports, then what is the point of us bothering to fill them in, and if they not bothered then why waste the development time on the UI changes.

So what is it that is currently eating Bob? This is in essence my 3rd such post on the subject of Naming Policy, (here and here) and still I see no activity on Blizzard's side. Only once have seen Blizzard force a name change on someone and that is only because I added them to my friends list.

The current twosome are still my best friend Billgates and his guild of Microsoft, and the very offensive level 85 Shaman Mykhunt. The latter is of course derived from the film Porky's and involving a prank call to a bar asking if they can speak to a Mike Hunt (much guffawing all round especially if you are in early teens and male). In many ways the homage of the prank calls in The Simpson's is far better. In the whole of the English language the C word seems to be most detested especially by women.

I reported my Shaman friend over a week ago, and at the end of the day he has managed to level to 85 without upsetting anyone else, or maybe Blizzard just doesn't care about their own naming policy.