Money For Nothing (And Your Gear For Free) 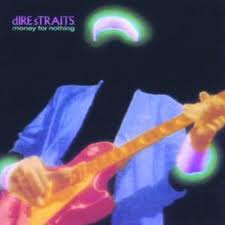 I got a double whammy from the last post, first up was a comment from The Grumpy Elf which made me laugh, and secondary another mention from MMO Melting Pot. When you start blogging you just want to get some traffic, otherwise you are just writing for yourself, and that can be a lonely experience in the comment section. The New Blogger Initiative was a great help in this regard. When you start getting visitors there is an added pressure to try and create some content worth reading.

The last 7 months have probably been the worst time to be writing about World of Warcraft,.a time with no new playable content and a new expansion which has been in Beta for months. I have played the Beta version but I want to experience first hand and to write about my noob discoveries when I find them. You can expect Pet Battles from me in about 10 months and Panda starting area in about 5 months, because my first activity we be leveling my hunter, followed by the rest of the army of toons. I might even retire and tend to my farm and dream of world peace.

I have been reading blogs for about 7 years now, and never really got involved in leaving comments. Some of the early comment system involved creating different accounts and then working your way through a jumble of letters and numbers to prove you are not a bot. I had no idea that the vast majority of people leaving comments had blogsites themselves. I don't tend to generate a lot of comments, but the comments that have been left have all come from bloggers with the exception of one. Many of these bloggers I respect enormously.

I feel that it is my responsibility to write something that other people will feel compelled to respond to, and so far I am delighted that Hugh at MMO Melting Pot has twice included my posts. My aim is obviously to try to improve and seek out the subjects worth discussing. Thanks to everybody who has contributed or provided link love, it is a truly humbling experience. 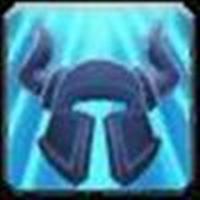 So with that out of the way lets re-examine the meat and drink of my spat with The Grumpy Elf (only kidding).

WoW has changed the gearing process over the  years, and the first major change was the use of Badges of Justice. The much loved BoJ (pronounced Bodge) was introduced in Burning Crusade  to assist people who were experiencing issues with that hard to get item that would never drop or you didn't get lucky with the RNG gods.

It was a great addition to game and helped the unlucky and unfortunate to complete their purple outfits.

This golden age, became a complete disaster when Wrath of the Lich King resulted in the addition of 5 tiers of the new Emblem system. Heroism, Valor, Conquest, Triumph or Frost. With the latest Emblems being available in all Heroic 5 Mans, it was possible for returning players and newly dinged alts to be raid ready in a few hours by shotgunning the newly implemented LFD system.This was the single biggest problem with WotLK, and it devalued the gear because it was available to all. This is WoW's version of the 1980's, Wall Street, Loadsamoney, Dallas, and  Dynasty a time for excess, Gearscore and Epeen. Just in case you forgot about Epeen, it was Blizzard's April Fool about the excessive posturing surrounding Gearscore. The addon was supposed to show a phallus above your head, the bigger your gearscore the larger the phallus.

After times of excess, there comes a time of austerity, this was the Cataclysm expansion. No Epics in Heroic 5 mans, long dungeons requiring crowd control, explosive DPS and poor mana management to make the triage system even harder. If you have forgotten how difficult it was, I suggest leveling a character and then doing the random Heroics in your leveling blues and greens.

The Grumpy Elf in his comment to my post Gimme, Gimme, Gimme, suggested that raiding drops are nothing more than welfare epics, and in some respect the LFR represents the epitome of welfare Epics. My only concern is why else would you torture yourself if there are no tangible rewards.Not everybody wants to see the content more than once, but will repeat the exercise several times for the chance of loot.

In the Cataclysm expansion, one of my favourite Epics was the cloak from the Thrall questline. This was an opportunity to obtain an Epic by completing several solo quests. The quests were eminently doable, but became much harder on alts with less gear and less people to tag the vast number of elementals required to complete the quests. Some of my characters shock, horror even died attempting to overstretch themselves against the elites. It is this kind of quest that we should have more of, in MoP.

Crafting should also be more rewarding than it currently is. The professions Leatherworking, Blacksmithing, and Tailoring have all been very lacklustre in the last expansion. I have made Leg patches, Belt Buckles and bags and not a lot else. The 2nd tier of PvP allowed a short window of opportunity but the initial decision to make Chaos Orbs soulbound was a real bind for professions on alts further down the food chain. Now I have hundreds of them and nothing to make with them. I think we all want gear progression but with less RNG and at regualar intervals, not all at once or none at all.
Posted by Bob at 17:47