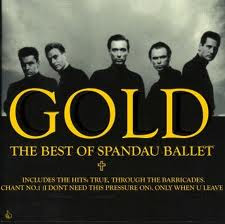 On Tuesday I made reference to the current hot Topics amongst the WoW community and highlighted the Gold sink. The opposite topic to the Gold Sink, is Gold Making, this can be a huge turnoff for a lot of people, but we all need a certain amount to get by in this game. People who don't normally talk about or worry about money are now turning their attention to the principle of save to spend. There are no overdraft facilities in this game, so if you want to spend you better learn how to earn it.

The usual method of for establishing if something is financially viable is Gold/Hour. This too me is a little skewed as a measurement due to the issues surrounding farming. Most people will struggle to do the same repetitive for more than 30 minutes without performance suffering. So if I was to kill Troggs in Deepholm for 15 minutes and then assume that if I times it by 4, that I have the correct figure of Gold/Hour. Even with a Potion of Treasure Finding that comes with its own 60 minute countdown, it is still a long time to kill the same mobs over and over again.

Often the best way to extend these farming stints is by doing multiple activities simultaneously. I can for instance doing Archaeology and herbing at the same time and it is even better if it involves honoring or extinguishing fires at the same time.

An alternative to farming mobs and resources is to perform dailies, and at present there are plenty of them and in MoP we can expect hundreds more. Blizzard have even removed the 25 dailies a day restriction that I never capped anyway.

My personal preference is for selling large quantities of Glyphs. The large quantities are no longer available in the market but there is sizable profit margin. If you read around there are realms were Glyphs still sell for 250-500 Gold. In my opinion this kind of price gouging is unforgivable. I  prefer to offer value for money and sell at only 2 or 3 times base costs. I aim to make each Glyph for no more than 15 Gold that means sourcing cheap herbs, pigments and inks.

I have been waiting for some one to the research from the MoP Beta as to what Glyphs will become charred come the new expansion. I was cheeky enough to ask the Gold Queen if she had the information I was looking for, I got a nice reply but the information that I sought. This week however I found that Faid had the info I was seeking even if she had not done the research herself. The important information can be found at the Inscriptionist. Apparently the information is a couple of Beta builds out of date, but the principle seems to be that the Glyphs are not going to be changed but merely changed to the new version. Poor selling Glyphs like the Glyph of Voidwalker will become Glyph of the Falling Meteor, this may make the Glyph valuable again.

So if like the Godmother you are coveting a Jeweled Onyx Panther and don't have a spare 1 MEEELION GOLD, then now is the perfect time to start working toward your first Gold cap.
Posted by Bob at 15:58