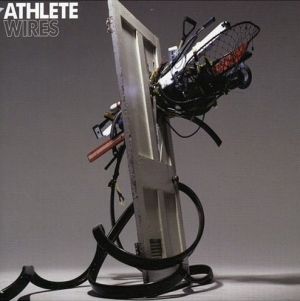 The inspiration for today's post comes from an article in the Sunday Times 16/7/2012. The article talks about excessive screen usage, not just that of the computer screen but of all the gadgets that make up modern life. When you incorporate android phones and iPad and iPhones and lots of other things beginning with i, a pattern emerges that we are constantly hooked up to the matrix.

From the moment we wake up, to the moment we go to bed at night we are constantly available or interacting with the interweb. How many people feel lost without a cell phone, I have seen people get anxious when they have stayed in log cabins far away from the nearest phone signal. This anxiety was not alleviated by the fact that they were surrounded by most of people likely to contact them.

My own children flutter between gadgets, Mario on the Wii, Angry Birds on the Android phone, Mario on the Nintendo DS, God knows what on the laptop. On top of this there is the hours of Television, DVD and recorded programs on the TIVO to watch. My wife has even switched from books to an e-reader, and the Kindle is the last thing she sees at night.

"Sitting in front of a computer screen for five hours a day can dramatically increase the risk of depression and insomnia, new research suggests."

All I can suggest is that I am doomed, 8 hours at work 4 hours at night, I am well over these guidelines and must therefore be a manic depressive. The same Daily Mail article also states

"People are not interacting with each other and the longer you do that, the less work meets your social needs."

Face to Face communication is out the window and we are all busy texting, tweeting, blogging, e-mailing and trawling Facebook for our social interaction. We must have all seen children and teenagers sat in the same room texting each other

There is an argument that we all becoming less intelligent, because there is less need to store trivia. Wikipedia, IMDB, and resources like WoWHead are the main causes. We think we are educating ourselves by researching that missing bit of information but the truth is we have no need to remember that amazing fact and can easily research the same information again if needed.

Is World of Warcraft part of the problem or part of the solution? One concept that is often discussed is the gamification of Real Life and in particular the business world. The aim is to create rewards and achievements in order to provide extra incentive and motivation.

In recent months I have seen a change in the wow bloggers, some are depressed and angry about the time that Blizzard takes to release expansions and others have embraced the downtime to achieve in game goals and targets from gold making, achievement hunting, rare mounts and pets. The results can be seen clearly in the contrast between the Big Bear Butt and the Grumpy Elf..

BBB is enjoying the end expansion because it is not time specific, it is a quiet time to experiment and explore the game through the fresh eyes of his son. The Grumpy Elf is beating himself with nothing to do and being surrounded by a sea of idiots. Both have a propensity to rant and rave, BBB is mostly about incompetences in the Real World and the occasional asshat in game, the Grumpy Elf is screaming in an empty padded cell with a straitjacket on. If an outsider was to read his blog posts they would not understand that this is someone who loves the game and spends copious amounts of time inside and outside writing about and playing.

I like the Grumpy Elf and enjoy the rants and advice but I think this is someone who needs a change of scenery until the expansion is ready. Please mate take 2 months off and come back refreshed.

I personally am planning to change a few habits, and have yet again taken to playing the guitar. When my daughter was a baby and she used to bounce in the baby bouncer to the strumming of my guitar, it was only later when she objected to my singing that I put it away in the cupboard. It is hard playing for any length of time now my fingertips are as soft as a baby's bottom but this will change over time. The over change will be from one screen to another as I attempt to soak up as much of the Olympic Games as possible. I even have 2 weeks holiday to cover the 16 days of the sporting spectacle.
Posted by Bob at 11:49