We Have All The Time In The World 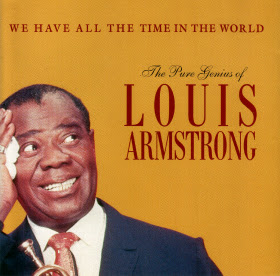 We have all the time in the world, if only it was true. The last 2 weeks as been more like 8 days a week. Family, Work and Me Time, I have discussed before the fine balance that we all lead between, work, school, family commitments and leisure time. The big squeeze was work and home and leisure and blogging was squeezed till the pips squeaked. In my absence the big talking points seem to be as follows:

Boredom - the wait seems longer this time even though the gap between the last major patch and the new expansion is going to be shorter than last time. The gap between ICC and Cata was 12 months, I do not count Ruby Rectum as being a valid patch due to it being practically untouched after a month of it dropping due to it being too hard, not worth it, too much of a dance. Judging by how much stuff is still missing from the new expansion and the time required for thorough Blizzard style testing, the expansion is still unlikely to drop before the middle of October. Why Blizzard does not do a more staggered expansion is beyond me. They could easily apply the class changes now, so that we get a month to play with the new mechanics, then give the new class/race followed by 5 more levels and then they could even stagger the raids LFR, Normal and Heroic. It would create gated content for at least 6 months.

Attunement - This was pretty much covered by Blessing of Kings.  Attunement as a whole will not return because it is against the current Blizzard model of content for all. Karazhan became the favourite raid of all time after the attunements were dropped. Solo quests like Bwemba's Spirit provides content and lore without the roadblock.

Professions in MoP - The general feeling is that with the professions requiring Spirits of Harmony which are created by joining 10 Motes of Harmony (all sounds very familiar) but the Spirits and Motes will be bind on pickup. Kaliope always on the ball, has created a post stating that the droprate is actually quite poor, which contradicts the findings from Fox van Allen at Wowinsider who states that it is a healthy enough droprate. Kaliope backed up her finding with figures and the droprate of 9 Motes for 100 mob kills is not a good one. This reminds me of the Air and Fire Elementals of the Burning Crusade era.

Gold Sinks - A fool and his money are soon parted. The large number of daily quests at our disposal will mean that there is steady income for a lot of people. The amount of money in the economy will continue to swell hence the introduction of the very expensive -waste of money the Grand Expedition Yak which has been hiked from 60,000 G to 120,000 G and the Black Market Auction House. The richest 5% of the WoW population are the richest because they tend not to spend large quantities of Gold on fripperies. The problem with gold sinks is that it tends to affect the wrong people. The middle earners will have no money left and the low income earners will buy gold to get what they covet most.