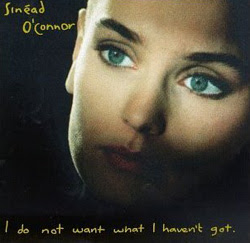 It's been seven hours and fifteen days
Since u took your love away
I go out every night and sleep all day
Since you took your love away
Since you been gone I can do whatever I want
I can see whomever I choose
I can eat my dinner in a fancy restaurant
But nothing I said nothing can take away these blues
Prince - Nothing Compares 2 U
Oh look Bob has finally flipped, similar to the breakdown suffered by Sinead O'Connor. No, not really but I am really starting to lose my patience. The British are world renowned for their queueing skills, but I think I have nailed one of the biggest problems with the World of Warcraft today.
The game as been edging towards more casual playstyle for some time now, but the biggest barrier affecting play time is the amount of time spent waiting. LFD, LFR and Scenarios, it is wait, wait, wait. Scenarios are obviously the least amount of waiting due to the lack of requirement for Tanks and Healers.
Yesterday, I was reading WoW Insider "The Queue" and somebody asked about the long waiting times and the lack of interest in the Midsummer - Holiday Boss. It was at this point that remember that Ahune was available, and that meant that there was Alt loot to be had. After some quick research I discovered that iLevel 480 Cloaks are available and a spellcaster Staff if you get very luck. Now the first thing I thought of was, how many of my alts would benefit from the cloak? the answer was 6 out of 7. This indicates a cloak shortage in game or that they are stuck behind reputation vendors, either way it was worth doing the boss. The downside is that most characters in game are beyond iLevel 480 and so the requirement for the seasonal boss is diminished. How many times have you killed Ahune in the last 6 years?
I was already expecting a queue but was not anticipating the 45 minutes that it did take, but the time allowed me to practice my talent respec. As far as I remember this is the only boss that is totally immune to a branch of magic, and for a player who levelled my gnome frost mage from 1-90 solely as Frost even when Frost was considered to be a PvP spec, it is slightly annoying. The result in the boss fight was a reduction in Dps by 30K. Needless to say I was slightly embarrassed and disappeared rather quickly (empty handed of course).
There is no way I can hope to drag any of my characters through this holiday boss with these wait times, and to be honest this is nothing compared to the 70 or 80 minutes I have endured for LFR. The Grumpy Elf might not like what he finds when he gets into an LFR, but I can't afford to spend the time waiting to get in.
If the problem is not fixed in the future with the new virtual realms, then the only answer left will be to use AI Tanks and Healers, probably with dumbed down fight mechanics. The tank shortage is showing no signs of abating, and with iLevel 480 on a holiday boss, the best you can expect is for a decent alt to be doing the content.
Content needs to be consumable in small bite sized chunks, Ghostcrawler once described Scenarios as being able to fit them into your lunch break. Nobody wants to think 45 minutes ahead before they want to do an activity, and invariably feel trapped into not going to the toilet, because they know in the few minutes that they are away the screen invite will pop up the moment you are not looking.