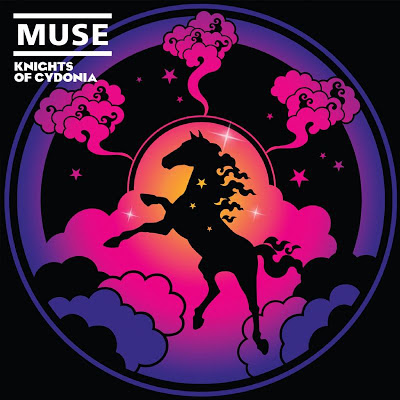 The last few weeks have been spent stocking up for the war effort by assisting Vol'jin. The guaranteed gear and the weekly reward of 200 Valor which I had previously not noticed, are helping my Alts in a steady progression.

Blizzard have hotfixed the Battlefield:Barrens area, but it is more buggy than a nest of ants. I have previously discussed the problems of CRZ and phasing together not making good bed fellows and it appears that the working as intended model is far from satisfactory.

The choice of the Barrens makes perfect sense for Blizzard's story telling, but the area was cleaved into two like Stranglethorn Vale, and so is not a natural region surrounded by rugged terrain. Anybody flying in the vicintiy of the rift, will switch between North and South Barrens on a frequent basis. This plays havoc with the phasing that takes place near the divides. The main action in the zone is fairly central to the zone, but the caravans do go very close to the edge. Caravans do not always appear on the map unless you are in close proximity, and they have been known to disappear before your eyes but still appear on the map. Corpses from the marauding Kor'kron cannot be looted because they actually reside on another map. WoW Insider and other fan boy sites are constantly telling us that Blizzard does not release content until it is ready, but the decrease in time between content may bring more unpolished content into the game.

The Barrens area is often very busy, but the pattern is starting to emerge, that after reset day, the number of people completing the weekly is high, and the Kor'kron Commanders are on farm, making the content easy to farm. Oddly the weekends were relatively quiet, which means the preferred method becomes defending caravans and waiting for overturned Kor'kron caravans, which have become a very rare sight in the area, and it looks like Blizzard included a sliding scale based on the number of the people in the area.

In between defending the caravans the time is made up by collecting the materials, and wishing that you could shoot Druids out of the sky. Druids are the one class that can farm herbs and now pickup Stone, Food, Lumber and Oil in flight form. This means that the unscrupulous douchebag Carl's are out there stealing the resources and flying off, leaving you with the mobs to contend with.

Dealing with mobs is not a problem if you are a reasonably geared Blood Death Knight as I found out last night. My second Hunter became character number 7 to reach max level on Saturday and after a day spent collecting gear and running scenarios for the Kirin Tor Assault and Operation:Shieldwall, I was ready to attempt the weekly on the Sunday night. The area was deadly quiet so no chance of tagging along on the Kor'kron Commanders, or many caravans to protect, so it was time to knuckle down and collect 600 resources, one piece at a time as Johnny Cash would have said.

In the process of collecting Oil, I noticed a Draenai Male stood quietly in the middle of the zone not moving. In my experience, if I leave my keyboard for more than a minute, I normally return to find myself bathed in white and staring at an Angel in a graveyard. I got on with my activities and noticed a whisper from the mysterious figure who was unperturbed by his surroundings.

"Do you want some Help? I can pull lots", Ok this is new, somebody talking in the Barrens and I don't mean inane Barrens chat. It was not like I was mowing down the opposition very quickly in my mixture of Purple, Blues and Greens. I think he felt sorry for me. I decided it was worth a try and it might make the evening go  a little quicker having some company.

I invited the Draenai Male into a party and for some reason I was expecting him to be a Shaman, all male Draenai are Shamans, it is just the law. The first pull was a disaster, and my party member kindly asked me to remove growl from my Pet. It was only at this point that I was with a Death Knight of the Blood variety who wanted to tank the zone. What I didn't realise at the time, was that he intended to Tank the whole zone at the same time.

A huge mound of Kor'kron, Destroyers, and assorted munchkins were gathered in the one spot. I fired my first multi-shot into the pack and my screen lit up with numbers. I fired two traps, more multi-shots and the figures kept rolling onto the screen. It was like shooting fish in a barrel.

I collected my resources in a matter of moments, it was a joyous occasion for me having already visted the zone on 5 other characters, to get such a boost of a total stranger.

Janingvaar, if you are out there and reading this, "For those about to kick butt, we salute you".
Thanks alot, it was a totally unselfish thing to do in a game that appears to be full of Douchebag Carls.

By the way when I grow up, I want to be a Blood Death Knight, that was one awesome display.

Email ThisBlogThis!Share to TwitterShare to FacebookShare to Pinterest
Labels: Heroes