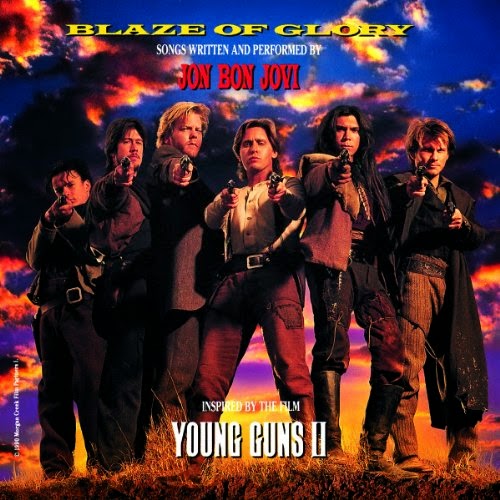 2 Months ago I wrote about my coffers being a little on the empty side. I had spent 100,000 Gold on Royal Satchels and a few of the Jewelcrafting mounts. Whilst not exactly feeling destitute I decide to replenish my treasure trove before the next expansion. I even read that there is no new super bag size to replace the Royal Satchel so get them now and make more use out of them before the expansion.

My conundrum was the best money making options at this point in the expansion. I did compile a list but I can safely say I did not get round to trying them all. The time limited buffs required a change in play style and so the 110,000 Gold that I have collected in 2 months is basically down to not spending and making a few more sales .

The following is based on my findings:

The Tiller Farm, whilst my intentions were good, I discovered for a second time that the Sunsong Ranch is very much like breaking rocks in the hot sun. The rewards are undeniably good but the effort is soul destroying (Obviously there are no rewards for breaking rocks, but it is certainly soul destroying - and besides I just wanted to use the line from the song "I Fought The Law").

Pet Battle Dailies, was something that never really took off. In order to complete the mega daily circuit needs a vast array of max level pets and a crib sheet to cope with the elementals and Epic Bosses. This was at a time when Pet Battles was becoming less like fun and more like an RNG nightmare. I may come back to this one at a later stage but I am time starved with Limited Time Buffs and the Football World Cup (not the World Series - this is a competition that actually involves other countries).

Daily Profession Cooldowns, have been used when I remember to actually press the corresponding button. The iLevel 553 items are not big sellers but it is possible to get the occasional nibble. The Leg pieces are fairly useless due to the ease in which the Celestials like to furnish people with Normal Tier Leg and Hands set, but the Belts provide a decent upgrade for a freshly boosted level 90. I have managed to sell on average one a month of the Gorge Stalker Belt at the princely sum of 5,000 Gold each. The difficult part is nipping back to Stormwind to place the Auctions in the AH, which I normally did once a week and for the weekend market. Plate Leather and Cloth versions never got made due to a poor daily routine.

Levelling Alts and Dailies, is not something I need to do, but I have been doing some reputation grinds, like the Tillers, Operation:Shieldwall, Kirin Tor Assault and the Black Prince. Trips to the Isle of Thunder were made whilst waiting in queue for LFR. The Isle of Thunder is quite fun now that we outgear the place. Most classes can solo most of the Rares, but with nobody else on the Island you will need to find them yourself. Running the weekly solo Heroic in the hunt for Treasure chests is still fun to do. I am not sure why some repetitive routines retain their fun aspects and others feel like pulling teeth. I guess dealing with Virmen or opening Treasure chests there is no comparison.

Glyphs, have become my go to method for money making. The loss of the easy to use TradeSkillMaster addon, coincided with a decline in Glyph sales. The only problem was that I had a bank full of Glyphs that only a handful of people need and with a large sales force eager to undercut but 1 Copper ever time you dared to refresh your stock. The market is now as slow on the sales side as the demand. Prices have gone through the roof but sales are few and far between. There is no point in vendoring glyphs so I weekly post my glyphs in the hope of 2 to 5 sales a week. I have long since written off the cost of the glyphs so any sale is considered to be pure profit. I would sell the lot for 1 Gold each if anyone was mad enough to take me up on the deal.

Heroic 5 Mans and Scenarios, was an idea that never materialised so I cannot comment on it's viability.

Bags, have always been a constant good seller. Netherweave bags and their 16 slots have been a popular seller since TBC. I have continued to make them off and on whenever I come into contact with the cloth. This bag and the current largest will always be the most popular of any expansion, the current largest is the Royal Satchel at 28 slots is difficult to make due to the reliance on a specialist cloth, requiring 12x Imperial cloth. Purchasing 30+ Royal Satchels was one of the reasons why I was running low on funds, so it was kind of ironic to include a few sales in my method for recovering my fortune.

Potions, was something I intended to use in attempt to reduce the bank space occupied by herbs and Golden Lotus. I made Flasks for all my characters did some transmutes and then got bored. The result was that I decided to sell my Golden Lotus. Guess what? it is still a big seller even at this stage of the expansion. In early June, I made a brilliant discovery and thanks to Balkoth I wrote about here. The finding was the Spirit of Harmony vendor Krystel, who will swap Spirits of Harmony for any raw material that is required in MoP. I have used most of my Spirits of Harmony to buy 2x Golden Lotus per Spirt of Harmony. At an AH price of 50 Gold per Golden Lotus I have been selling large quantities every week during the Month of June.

Cooking Supplies, some ideas require a bit of work but they can really pay well if you find the right market. With the Timeless Isle and the endless slaughter of Turtles, Flamingos and Crabs, we have all got bulging bags with meat that nobody wants. The price is less than a gold per item for Raw Turtle Meat, Raw Crab Meat and Wildfowl Breast. These can be bought up cheaply and included into your own stock of materials as part of a trade for the repeatable quest Replenishing the Pantry. With the Ironpaw tokens, it is possible to buy a bag of 25 vegetables. 100 vegetables on my server can often go for over 500 Gold per 100. In case you are struggling with the maths that is trade:

There are other costs involved like buying the baskets but there is gold reward (2 Gold) for completing Replenishing the Pantry. It is a mindless task and one that I can only stomach once or twice a week. It may be less hassle to farm vegetables at the Sunsong Ranch but what else can I do with all that Raw Turtle meat.

Timeless Isle, is still the land of purple drops. I remember laughing when I read about Alternative Chat needing her husband to point out that you do not have to vendor all the Epics, and that with Alts it is possible to send all the Plate armour to a plate wearer to open and then vendor. This can convert a 5 Gold drop into 25 Gold vendor trash. This is provides a weekly income at about 1,000 Gold per Month which pays for a few repair bills.

Email ThisBlogThis!Share to TwitterShare to FacebookShare to Pinterest
Labels: Money