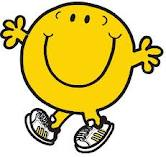 One week into my computer experiment, means that I now have a fully functioning 64 bit Operating System with a 64 bit WoW client. Now installed as intended on my old system I can see some real improvements. My computer is probably around 3 years old now and the only improvement to its performance was an upgrade of memory to 4MB, 12 months ago.

Windows XP does not cope with memory over 3.5-4GB due to the deficiencies of the 32 bit operating and certain articles suggest that WoW 32 bit client only uses 2GB of available memory and copious amounts of CPU. Anybody who plays in Full Screen mode and then Alt + Tabs to look at a web browser will have encountered the lag before IE or Firefox are available to use. The reason for the reduced lag on the 64 bit client is that it typically uses less CPU power to run the client, with more data being cached in the larger memory available. I haven't done the statistical tests on memory and CPU but the in game response is sharper, with higher frame rates up 50% to 30 fps even in high population areas like Stormwind. One other advantage is the decrease in load times and re-logging.

I have no real empirical evidence to back it up, but I believe that this is a huge improvement for my computer
Posted by Bob at 15:07