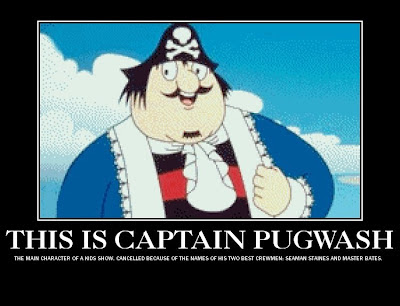 Yes the school boy humour of this old classic. This is all of course an urban myth, there was no Seaman Staines, or Master Bates, or Rodger the Cabin Boy. I know it is a real let down but the truth was Master Mates, Tom the Cabin Boy and my all time favourite Seaman Willie from Wigan. Why from Wigan I have no idea, it may have a pier but it is not known for it's nautical pioneers. 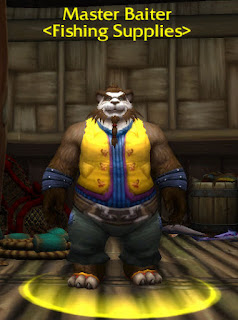 So what induced this latest batch of pining for my childhood? Let me introduce the latest effort from the immature imagination of the combined Blizzard team, Master Baiter <Fishing Supplies>.

So far we have several attempts rooting through animal excrement, here and here. Also in WotLK we had this hilarious quest for the alliance, here. Normally I like Blizzard's humour and pop culture references, its like the Simpsons in computer game form, but occasionally they slip down into the level of American Pie.
Posted by Bob at 14:30