The Looking for Raid Homesick Blues 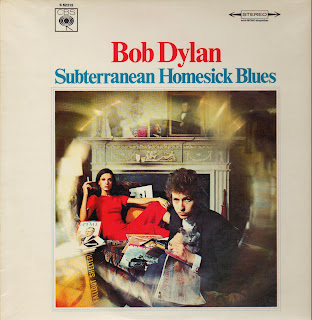 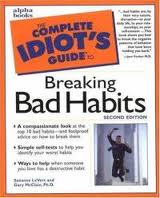 After a long relaxing weekend and yet more strife in the LFR, I thought it might be time to sum up everything that is required for a satisfactory raid conclusion. Using a guide created by MMO Melting Pot, I decided that it contains far too many words for the average LFR raider. Taking it as read that the Tanks already know what to do, this is the Idiots Guide to DPS LFR:


Morchok
Phase 1
· Everyone stand close to him, but tanks closest.
· Tanks swap on Crush Armor.
· When he uses Resonating Crystal, three players go stand close to it until it explodes.
Phase 2
· Hide behind spikes until Stomp.
· Don’t stand in the Black Blood.
Idiot Guide - Hit boss, Hide behind spike, don't stand in crap. Loot Boss
Zon’ozz
Phase 1
· Ranged stand behind the tank. Melee stand behind the boss.
· Bounce the ball between the tank and the ranged group.
· When the ball has bounced between 5 and 10 times, tank move out of the way so that it hits the boss.
· Healers dispel Disrupting Shadows.
Phase 2
All stack up on the boss and pop DPS and healing cooldowns.
Idiot Guide - Hit Boss, Stack, Loot Boss
Yor’Sajh the Unsleeping
· Tank and spank when oozes are not up.
· Kill one ooze each time they appear. Priorities: purple > yellow > black > red
Oozes
· If YELLOW is active, spread out unless BLACK is active, in which case stack and heal through damage.
· If BLACK is active, stack and AOE down the adds.
· If RED is active, stand as close as possible to the boss.
· If BLUE is active, DPS down the Mana Void as fast as possible.
Idiot Guide - Hit Boss, Kill same slime as everyone else (Do not stand autoshotting boss for the entire fight). Hint Healers can't heal without mana so get rid of the Mana Void ASAP. Loot Boss.
Hagara the Stormbinder
Fight will either be Main -> Ice -> Main -> Lightning -> Main -> Ice and so on, or Main -> Lightning -> Main -> Ice and so on.
Main Phase
· Tank and spank. Offtank taunt and kite Hagara away from everyone on Focused Assault.
· When a melee player is targeted by Ice Lance, healer or ranged DPS step in the way of the missiles.
Ice Phase
· Move clockwise with the waves. Attack Frozen Binding Crystals wherever possible.
Lightning Phase
· Tank Bound Lightning Elemental next to Crystal Conductor and kill it.
· Then form a chain of players to the next Crystal Conductor, which will charge it. Chain to the next again, and so on.
Idiot Guide - Hit Boss, run round the outside like a headless chicken like everyone else. Don't stand in Ice Spikes. Loot Boss.
Ultraxion
· Stack up throughout the fight.
· When Hour of Twilight is cast, everyone use Heroic Will to leave the Twilight Realm.
· Use Heroic Will in the last 5 seconds of Fading Light if it is cast on you. Tank-swap on Fading Light.
· Healers should click the one of the healing buff crystals as they appear. Red does 100% healing increase, Green does huge AOE healing, Blue adds haste and reduces mana costs.
Idiot Guide - Hit Boss, Stack, press large Purple button in the middle of screen when Dragon is casting Hour of Twilight, Loot Boss.
Warmaster Blackhorn
Phase 1
· Tanks pick up Twilight Elite Dreadblades and the Twilight Elite Slayers. Alternate which add you pick up in each phase.
· A few melee DPS use the Harpoon Guns to drag the Twilight Assault Drakes closer to the ship.
· DPS Twilight Assault Drakes before other mobs.
· 2 players soak Twilight Barrage by standing in it.
· When Twilight Assault hits, all the raid stand in it.
Phase 2
· Tank Blackthorn. Ranged focus on bringing Goriona down, while melee focus on Blackthorn.
· Get out of the fire and spread out to avoid Shockwave.
· Tank-swap on 2 stacks of Devastate.
· Ranged stand at least 10 yards from Blackthorn.
Idiot Guide - Ranged hit dragons, kill anything that moves, melee kill anything that moves. Stand in big swirly purple thing. Do not stand in front of charge. Phase 2 Hit Boss don't stand in crap, Loot Boss.
Spine of Deathwing
· Kill one Corruption.
· Tank 1 take the Hideous Amalgamation and 2 Corrupted Blood. Tank 2 take the rest of the Blood.
· Raid stacks next to the Armor Plate, and DPS the Hideous Amalgamation down to 15% or so.
· Kill Corrupted Bloods with AOE damage.
· When the Hideous Amalgamation hits 9 stacks of Absorbed Blood, kill it. Everyone move 10 yards away.
· Quickly then kill the Burning Tendon.
· Kill the next Corruption.
Idiot Guide - If you don't know what you are doing, do nothing. Go make a drink and let the good players finish the job. Loot the chest.
Madness of Deathwing
Phase 1