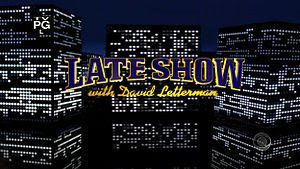 Just a little something I have been pondering recently. If you have been away from the game for some time and have just returned via a Scroll of Resurrection or just a bit of pre Panda curiosity, or in my case have undergeared alts, what is the easiest way to get some gear quickly?

I have all my healers in LFR Dragon Soul equipment but what about gearing up those pesky damage dealers. In my opinion and it will probably get me lynched, get hold of the latest crafted PvP set. This will be enough to get into the the 4.3 Heroic 5 mans. As your gear will be 25% gimped by having resilience dripping from your gear, I suggest supplementing this with the BoE i Level 378 Justice gear. There is plenty floating on the market, that will cover the wrist option, and maybe some gloves and boots. One of the best ways to increase Dps is to obtain the best weapon that you can afford. In my case I have used the Blacksmith crafted i Level 365 weapons. They are still expensive to craft due to the large quantities of Truegold required. Depending on your level of competence put some cheap enchants, and get some buff foods and possible some flasks/elixirs.

Start at the 1st of the linear set of Heroics End Time. Oddly enough this instance is probably the hardest of the 3. Each instance comes with 2 or 3 quests all rewarding i Level 378 gear, 150 valor points for completion and 70 Justice points per boss, not forgetting the random Boss loot.

In case you are worried about your own performance especially wearing PvP gear, you can get a Guild run or alternatively use the LFD which is probably a nicer environment than you remember because most of the angry noobs can be found hanging out and wiping in LFR. Klepsacovic wrote about this phenomenon back in February. Other tips for LFD are either be nice and chatty or quiet as a mouse and hope nobody notices your sub par performance.

The 2nd Heroic instance Well of Eternity comes with some hefty buffs so don't get too excited about your 30-40K Dps score at the end of the instance. From experience the early buffs seem to favour melee and the later buffs benefit ranged.

The 3rd Heroic instance Hour of Twilight is straight forward with exception of some adds on the run down to Wyrmrest. My tip is to kill the Borer first, they are easy to spot looking like an eye on a stalk.

After running the full set, run the random version a few times and hopefully you get to fill your troublesome gear slots, mainly Trinkets and then you should be able to enter the roller-coaster ride that is LFR.