Back On The Chain Gang 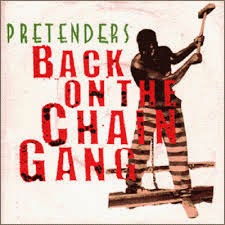 Last week I had a moan about the increased use of different media to tell the WoW story. My main argument is that the story of the game should be told in the game. I still believe this to be the case, but I rather enjoyed the Hellscream short story by Robert Brooks.

My only issue is that, the story for me reads as Garrosh is subjugated, imprisoned and then by an act unknown finds himself in Draenor with Kairoz. The huge gaping hole in the story appears, one presumes in the Christie Golden book War Crimes, but that is just a guess, there maybe something in between. It is not my job to pull the disparate strands together to make a story, it is Blizzard's job to provide a game that makes sense. This last statement however, seems like I am asking too much, because if Alternative Chat is right, we are potentially in for a Time Travelling Franchise that can lurch any way it wants and visit any point in history. After that happens the Lore changes forever and we are left just a ball of Timey Wimey stuff in the middle. 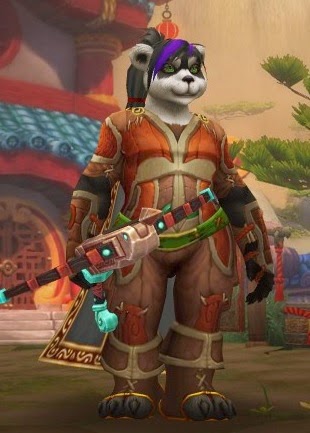 Four Years Ago, The Cataclysm took my wife away from me. Deathwing and Blizzard's policy of harder content knocked the stuffing out of her and she cancelled the subscription and never looked back.

This last week she has been ramping up her playtime from not playing to making sure I have something to watch on TV so she can sneak onto my computer. I am making sure not to stand in her way just in case this turns out to be more than just a little flirting.

My Wife is playing a Panda Hunter and it is very funny watching her struggle along. Everything is familiar and everything is different. She knows what she wants to do but not how to do it any more. All the 1-60 zones have changed, professions have changed, Class trainers are still there but they have limited abilities left.

What is quite funny is that I told my wife about the MoP free copy for returning players about 9 days ago, and she scoffed at the idea. I am guessing that I merely planted a little seed that I am hoping will eventually germinate, but we will have to wait and see (Oov and anybody that knows my wife, keep those scrolls of resurrection to yourself).

In my own game time, I am rapidly running out of content. I have 3 Legendary cloaks and 3 in the process. Every time you complete another Legendary it feels like the process is getting easier due to the Gaze of the Black Prince, and then you hit another wall in the form of the PvP content.

I hit "The Lion Roars" and as usual a quick win in Temple of Kotmogu and then 10 days to win a Silvershard Mines by a margin of less than 30. What surprised me more than anything was the mentality of the Alliance. "I hate Blizzard for making me PvP", "The Horde are picking on me", "Why do I need PvP gear just to get one win?"

The last comment in particular got my hackles up. I have found a weird correlation in battlegrounds, and the more PvP gear I have the more the Alliance seem to win. One less person demanding to be boosted through content. My second Hunter sporting 10% PvP power can now scratch an opponent but not much more. The ability to survive a little longer does however make a difference in a payload battleground.

I encountered some people with less than 500 iLevel and all of their gear is PvE, and they are expecting to win against organised teams of Russian Mafia who appear to swarm all over the battleground in unison.

If you want to obtain a Legendary item you should put some effort into the process. I have re-specced and re-glyphed, I have done Tol Borad and Wintergrasp, and anything with Honor Points. It took 10 days to complete, but it is worthwhile and rewarding, because I put the effort in.

Blizzard have indicated that a Legendary questline for a Ring, will be in place for Warlords of Draenor. It is going to be interesting to see which aspects are removed and what aspects that we will see more of. It is obviously not going to keep a 6 week hiatus in place while we hunt out 6000 Valor points. The main reason is that Valor is no more, and the fact that it was an extremely frustrating hurdle might have something to do with it.
Posted by Bob at 15:21