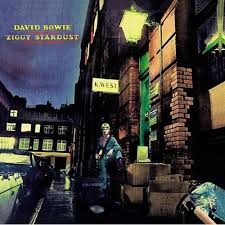 Thank you Alternative Chat. I have been racking my brain looking for a topic a little more upbeat so that Alternative Chat does not have cause to tell me to "Nick Off" again. The link from Alternative Chat is part of  a collection of peoples thoughts and experiences as we approach the 10 year Anniversary of the game. So without further ado and not wanting to spoil Alternative's gathering abilities here goes:

1. Why did you start playing Warcraft?

Having played Warcraft I, II and III, I was well versed in the lore. A friend at work was playing and he talked a group of us into trying the game. Unfortunately we were a tight arsed bunch of IT staff so instead of going to the shop, we created a Private Server. It lasted about 2 weeks and when they took the server down without telling me, I was forced to go to the nearest PC World to buy a copy. Unfortunately I ended up on a different realm to the rest of my colleagues. That Realm choosing moment is definitely a Parallel world creating opportunity, what would have happened if I had chosen Darkspear instead of Kilrogg? Space for some fan fiction one day maybe.

2. What was the first ever character you rolled?

As an established Computer Gamer, Board Gamer, Role Player and Wargamer, I was well versed in the principle of melee classes are simple to learn whilst I assimilate the rest of the game. I was expecting a Sword and Board experience from the Warrior class and got something that just damp and squidgy. I read my copy of Bradygames WoW Guide and picked a Hunter with it's pet, for my wife to try. In the process of showing her the game I discovered that Hunter was the class that I was looking for and in that moment Bobflintston Dwarven Hunter was born. It is a joke name based on Blackadder and the way Rowan Atkinson rolls the consonants when saying Bob. Flintstone was supposed to be a typical Dwarven name, because they are all based on rocks, ores and mining. Not for the last time in game I had to shorten the name because of the 11 digit restriction.

3. Which factors determined your faction choice in game?


As a Teenager I read copious amounts of Fantasy books. As with everybody I started off with The Hobbit moved onto Lord of the Rings before spending a lifetime searching for a book that would match those early days. David Eddings, Stephen Donaldson, Dragonlance. My tastes changed over time and I like many people settled on the comic genius of Terry Pratchett. With a literary background it was no surprise that I wanted to play the so called "good guys".

4. What has been your most memorable moment in Warcraft and why?


It is not so much a moment, but a period in the game, when my wife played and we would sit together  in the study and spend all night chatting to friends on Skype and Raiding Karazhan. There is something very special about a Raid that was designed for 10 people only and was seemed so very well attuned at the start of the expansion. Of course the attunement was an absolute joke but once they removed it, this became the place to be. I miss the people, and I miss the best raid ever.


5. What is your favourite aspect of the game and has this always been the case?


I like the never ending nature of MMO, I was never one to complete a game and then say "Lets try it on advanced mode".  I will never have one character that is wearing the ultimate gear from the Highest tier of Raiding. I can achieve a couple rungs down from that but I prefer to receive regular upgrades, and that is why I play Alts.


Alts allow me to play a solo game with all the professions covered, and I have no need to rely on others. I enjoy levelling which is just as well with a alt fixation.


6. Do you have an area in game that you always return to?


No, area in the game is really special, but I hate to see Ironforge absolutely devoid of players. It was a big mistake to make Stormwind the only Alliance city worth being in. This was based around the transportation to Northrend and later the portal area for Cataclysm.


7. How long have you /played and has that been continuous?


I have played without any breaks, I am unsure exactly how long but I believe it is around 9 years. I never managed to get to max level in Vanilla and missed the rush to the Outlands by about 2-3 weeks. Total played time is 532 Days, I don't know too many with such a high number, or maybe they are all lying. Maybe I am the odd one out.


No of course not.


9. Are there any regrets from your time in game?

"Regrets, I've had a few
But then again, too few to mention
I did what I had to do and saw it through without exemption
I planned each charted course, each careful step along the byway
And more, much more than this, I did it my way"


10. What effect has Warcraft had on your life outside gaming?


My Children are 11 and 9 years old. I would like to think that my gaming did not impact them in a negative way, but then again I think I would be lying.


They have turned out to be lovely children in spite of my heavy gaming addiction.


***EDIT***
Apologies for the formatting, it has all gone a bit Pete Tong.


Note to Alternative Chat - I would be more than happy to speak, record, write a song, not too good with poetry or singing, but anything else I am onboard.
Posted by Bob at 23:45

Email ThisBlogThis!Share to TwitterShare to FacebookShare to Pinterest
Labels: Anniversary