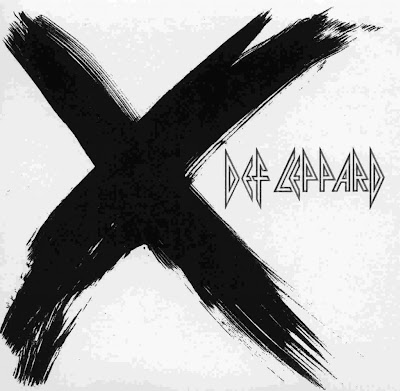 My Gnome Combat Rogue "Greatboo" joined the max level Army of the Living, leaving just my sad and lonely level 86 Warlock not invited to the party.

I have previously stated that I am the world's worst Rogue, a title which the Grumpy Elf tried to claim for himself, but judging by the numbers he was rocking out in LFR, I am still the proud owner of that title. As bad as I am, there are some advantages to playing a class in a different way than the plate clad melee monsters. Rogues can be subtle and are the closest that WoW comes to a Ninja class, and whilst they often have to go toe-to-toe with opponents they can hide in the shadows and move around like the sneaky bastards that they are. Why get into combat when you can stealth in and stealth out, if you get caught you can stand and fight or simply vanish.

R earlier this month gave some advice about Rogues, when I claimed that they have too much down time between fights.

"Rogue - Take the Deadly Momentum glyph, get up a 5-stack of Recuperate which will refresh with every mob that's killed, use Leeching Poison (talent), those should generally keep you up and hit Shiv whenever you need a bit more healing."

I didn't totally heed of all R's comments but I did make good use of Leeching Poison and the occasional 5 stack of recuperate. The biggest issue was not having a glass jaw this time, it was the constant waiting for Sinister Strike to become available.

Now that I am max level, it was time to work out whether I was applying the correct rotation/priorities at the right time. I have discovered that Icy Veins is not always a good match for my own play style and in particular I have no desire to maximise abilities and Glyphs for raiding or PvE and purely need to be efficient in the undertaking of dailies. The priorities however are always a very good guide to rotations.

For single target the guideline is:

Rupture from the rotation simplifies it, but it sacrifices about 1 or 2% of your DPS.

The first issue I can see is the Revealing Strike and Sinister Strike, I was using either of these spells to build up Combo Points, and would alternate Slice and Dice with Rupture, without giving priority to Slice and Dice and only using 3 combo points because combat with a single mob rarely lasts much over 20 seconds.

On Multiple targets I often found

Blade Flurry  to be a pain to manage, in the same way that Aspect of the Fox and Aspect of the Hawk was for Hunters, somethings are just too damn fiddly with too much micro management.

Another aspect that I picked up by accident was the application of Poisons. The old method was to apply to the weapon and the new system appears to have a choice of 1 lethal and 1 non-lethal. I wasted several levels running with only Leeching Poison.

Previously on my Rogue I remember using

Adrenaline Rush but never managed to work it into a rotation, it appears that the best use is to tie a macro up with

Shadow Blades. This is the kind of spell bloat that Blizzard should be eradicating.

Any options that are passive win the day for me, when I am playing an alt. The less buttons the better but we all know that procs are less effective than activating a spell at the correct time.

I now need to get some better gear, but unfortunately I was unable to get my first piece of the Kor'kron set, before the weekly reset. This will mean I only have enough time left to get 2 pieces before the Barrens returns to be being the Barrens again. I have picked up the Self-Effacing boots, and can craft Hands and Chest, so will need to choose between Head, Shoulders and Legs for the 2 Kor'kron pieces. After that I expect my Rogue to remain unplayed until the next expansion.

The Rogue class is not something I enjoy playing and my performance is tied in with my dislike. Ultimately if I wanted to play a Leather clad melee class, I would choose the Monk any day of the week. At least now I can open those 50 locked chests that had accumulated in my bank.

Email ThisBlogThis!Share to TwitterShare to FacebookShare to Pinterest
Labels: Rogue