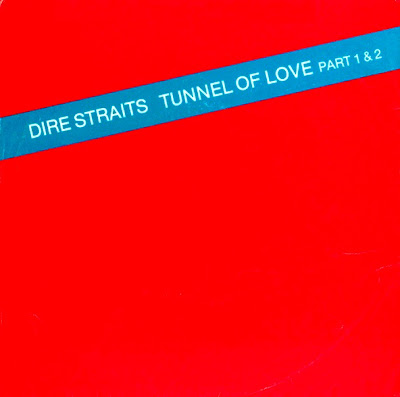 I recently listened to the Godmother's recent appearance on a Webcast, Podcast, or Blogcast or whatever the damn things are called. I think I might even be making my own words up now. One of the things that struck me was how organised and professionally she takes the job of Blogging. My case in point, is the fact that she starts typing with a page of information in front of her, "Gosh, we're all really impressed down here, I can tell you."
Ok I might sound slightly flippant and besides I wanted to get another Monty Python quote into this post, but seriously I turn up at the keyboard in a totally half-arsed way and just start typing. Actually that's not true either. I tend to have an idea, then find the song title and mull over the content in the car on the way to work. Unfortunately I tend to miss out chunks of thought, and afterwards I want to hit myself over the head with a wet fish.
Today's post is only held together by the smallest slither of tape, in fact you could say it was wafer thin (mint).
Last night I was yet again in the Barrens on the hunt for Oil, Meat, Lumber and Stone and was about half way through the weekly when I was to join a party, not for the commanders but just to go on a killing spree. One of the unique features of this area is the shared loot on all mobs, but in Blizzards usual way there is no sensible way to disseminate that information in game to the people who (shock horror) play the game, but do not frequent the WoW news sites like WoW Insider and MMO Champion.
When in the Barrens I will always join if asked, but I lack the social skills to set up a party in the first place. In this case the party ended up as 3 Paladins, Holy, Ret and Prot, it was like the Spanish Inquisition, and nobody expects the Spanish Inquisition. 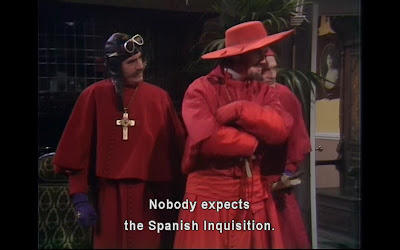 Battlefield: Barrens as become the star of the last patch, not only is it allowing a gear catch up system, but people are forming groups and talking to each other, which is ironic seeing as it takes place in the Barrens.

Scenarios, World Bosses, LFD and LFR are all group content for the max level character, but the aim is loot, not a need for social interaction, and the Barrens as strangely brought back a characteristic of the game that we have not seen since Pug raiding went the way of the Dodo. I am not saying that they were always a barrel of laughs, but they were certainly more fun than LFR.

The sad thing is that the Battlefield will return to normality when the next patch drops, but I just hope that shared loot is available on the New Loot Island and that the occasional co-operation that now occurs is not lost as we slink back into our solo versions of WoW.
Posted by Bob at 10:58