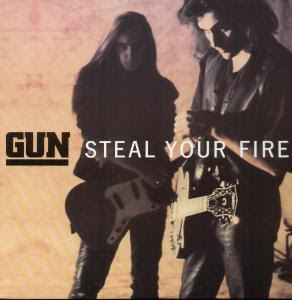 It's been a hard fought battle but I am now starting to get some gear for my characters. My Hunter is now equipped with iLevel 481 and between Operation:Shieldwall, the Kirin Tor Offensive and the Shado Pan Assault, I am able to improve my gear every 2 weeks. I am currently doing the LFR raids that I can get into purely for the Valor points becasue the gear is worse than I already have. LFR is the dumping ground for the Elder Charm of Good Fortune (yes very funny Blizzard), which are acquired in large numbers from Island of Thunder.

I am still sporting 2 items of the Blue variety in the shape of Shoulders and (no points for guessing) Weapon (Gun, Bow or X-Bow, I don't care I am not fussy). I have heard people talking about Sha weapons but I have no idea what these are, and where Blizzard have hidden all the good stuff.


I have started my research to investigate the whereabouts of this missing arsenal, and I will start at the list compiled at WoW Hunters Hall. I have copied the list here for ease of reference.
Epic (purple) quality ranged weapons
The weapons seemed to be centred around 2 Bosses Lei Shi and Will of the Emperor and there are 3 different flavours depending on the level of difficulty. Ignoring the Fangs of the Swarm which means nothing to me, the only Weapon not fitting this pattern is Flintlocke's Blasthammer which is available on the Black Market Auction House. No doubt there is high demand for this item and I expect them to appear on the normal Auction House were somebody will try to gauge the poor Hunters within an inch of their wallets. It is quite obvious were I must now concentrate my efforts and it will mean just doing 2 LFR's in future. Considering that weapons are so important in terms of our output, why do Blizzard insist on putting it all down to the RNG gods (it is not fair on the Grump Elf).

As for the Legendary weapon, I seem to be so far behind and so far in front at the same time. I envisage having to do a lot of duplication to catch up. I only have half of the Sigils needed to get past the early stages at a time that I am almost exalted with Kirin Tor Offensive.

One option would be to PvP for a weapon but WoWhead seems to be very confusing on the matter.

If anybody has any ideas please let me know.
Posted by Bob at 17:27