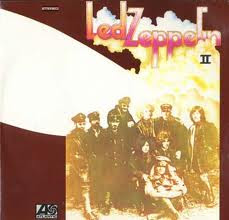 Last Monday I had a little gripe with the difficulty of levelling Archaeology from 500 - 525. This did not fit in with the new Blizzard design ethos, in particular the Levelling cooking from 1 to Zen and various other moves to make professions more accessible, none more so than the sheer number of Herbs and Ores in Pandaria. I had previously raised a ticket and there are forum posts as previously mentioned. The biggest issue is that this problem must only impact a few thousand people at any given time and so would warrant a low priority with Blizzard.

This weekend in preparation for the Darkmoon Faire 5 skillup bonanza, I was working on collecting Fossils, when I noticed that for the completion of Azeroth Relics ie. Dwarf, Troll, Night Elf, and Fossil, that it is now awarding 5 points per completion every time. This is absolutely perfect and just what I wanted, with minimum effort (5 visits to different digsites it is possible to complete the levelling process).

Blizzard have obviously hotfixed this issue and so far I have seen no public acknowledgement of the original problem or the hotfix to solve the problem. So 1 out of 10 for communication and 10 out of 10 for actually fixing the problem. Thank you very much Blizzard.

If you have never levelled Archaeology and you have not yet hit level 90, then I have some interesting news. You may remember several months ago the furore over Ghostcrawler's blog on Stat Inflation. Now the topic has died down and the approach that won the day would appear to be Mega Damage, but there is another stat inflation that nobody seems to have mentioned and that is XP Inflation. The current design seems to be 5 new levels at a rate of 4 Hours or 4 Weeks depending on how you play the game. There are some hefty numbers to be had from levelling Archaeology, for instance:

At Level 85 digging up a fragment will earn 38170 XP per dig. (Nothing for completing Relics)

On it's own this means very little, but if you work out the maths for the complete levelling 1 - 525 process it comes out at approximately 19 Million XP with an additional 3 Million XP for completing up to Zen. When considered that the amount needed to level from 85 to 86 is currently 13 Million, it is a nice sizeable chunk. Obviously it is not a super efficient way to level but that is nearly 2 additional levels with having to do any questing.

Email ThisBlogThis!Share to TwitterShare to FacebookShare to Pinterest
Labels: Archaeology