Hell Ain't A Bad Place To Be 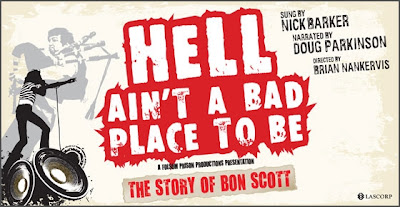 Diablo III, well I am now up and running with a Demon Hunter. I still have no idea what I am doing but I am a level 9 Demon Hunter. No issues logging on but that might have more to do with the article I read at The Poison Mushroom. It seems that I was not the only person having issues on launch day and Tobold makes a valid point that single player gamers will not be used to online authentication and big queues on launch day and the first weekend after launch.

My first impressions are that I really like it, but I have no idea what I am doing. I click click click until things die, I can sort out inventory,and I can hit flashing buttons until they stop flashing. The big thing was I discovered I can die and die again at the same boss.

The boss in question was the Lich King (Skeleton King). He dispatched my Templar in 2 seconds and comes chasing after me. I managed to survive for awhile by dropping traps and running around like a headless chicken, but I do so little damage to him. I have no idea if I am the right level to face him, or does it not work like that, I suspect it does with it being a Blizzard game. After a little bit of research I can confirm that the Skeleton King is Level 8 and I was Level 8 at the time and my Templar was level 5. I did what I would do in WoW which is obtain another level and see if that works, I also upgraded the equipment carried by my Templar, and I will re-attempt tonight.

The problem with grinding a level, is that you need to find monsters to kill, and if you have cleared the area already then are no respawns to repeatedly turn into a greasy smear. Go find areas that still have the fog of war on them and beat them up and move on.

The gameplay is definitely click, click, click. It reminds me of wearing out a mouse playing Sim City, or the beating that the keyboard used to receive in Daley Thompson's Decathlon. Move with mouse, shoot with mouse, it takes a little bit of co-ordination and often find myself moving instead of shooting. It was slightly odd to go back to WoW and find that my DK did not move by left clicking a vacant bit of land next to the mailbox.

Initial impression of the game are very good, and I will certainly play for a few weeks, but I guess that is why MMO's and WoW are better, you know there is always something to do, even if it involves repeating the same content. 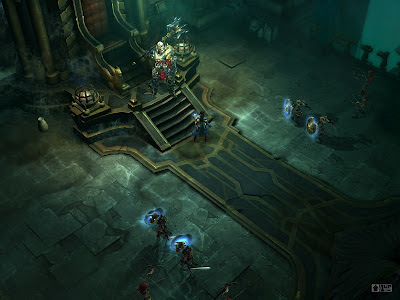 Tonight the Lich King will die. I hope so otherwise I am a bit stuck.

*Update﻿ - There appears to be a random grouping which is done through the battlenet account, no idea how it works and why it can't be toggled from the game. I shall investigate tonight.