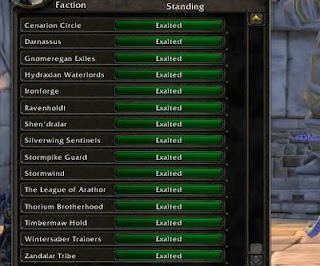 Two posts in and both are of a grumpy complaining nature, I am going to create a reputation for myself as a gnarled and grumpy dwarf.

As the proud owner of 10 Level 85 characters on the same sever I have a fair understanding of most classes. The only class missing from my stable 10 is Priest. It was an odd choice but I decided that I wanted to speed level a character from what was 1-80 as quickly as possible whilst collecting a bundle of herbs and a ton of ore. In my opinion priest wasn't the class that sprang to mind. The answer to me was simple - a Beast Master Hunter. Shoot once collect herbs and ore, loot corpse and rinse and repeat. At the time I set a personal record for days played for a max character, this of course is nothing compared to the time to level in the Cataclysm era, with the streamlined questing, LFD, Heirloom gear and xp for mining and herbing. This is the reason I have 2 Hunters and no Priest, anyway I can't have a Priest on religious grounds.

The biggest bugbear for an altaholic is rep grinds. The first compulsory rep grind I remember for all maxed characters was the Sons of Hodir. The only purveyors of Shoulder enchants. To get the Hodir to stop beating you up involved a long quest chain, and then there was the slow trickle of doing dailies in a far flung corner of the continent. Blizzard in their infinite wisdom later nerfed the grind and instead you could throw emblems at the issue and buy up the ever increasing supply of Relics of Ulduar. By the end of the expansion Half of my characters had become exalted with Sons of Hodir and the only reason why the figure is not 100% is because the shoulder enchants became Bind on Account.

Now it doesn't need take a huge leap of imagination to know where the rest of this post is going.  Therazane, the huge roadblock which requires the completion of Deepholm before you can even start the rep grind. Ok so you can get a Tabard but it still takes an age before you can get to that point. The modern grinds are nowhere near the torture inflicted by Vanila and TBC, anybody remember the original Timbermaw rep, or the number of Ogres killed to get your Talbuk from Nagrand. No wonder we got used to having a main character and alts stayed between level 10-20, there wasn't enough time to do everything once never mind twice.

I have started the grind to complete Deepholm on my Shaman, and I have to say it is very satisfying to oneshot everything in the zone and to move swiftly through towards my goal. The only zones I completed on every character are Hyjal and Uldum, so Deepholm was only used as a stepping stone to get from Level 82 to Level 83. This equates to about 20 or 30 quests of the 110 required for the Zone achievement.

My point is, it might be interesting to do a couple of times but there is no way I will complete on all 10 characters. So c'mon Blizz help us out a little, make shoulder enchants Bind on Account. On the subject of helping us out, any chance the ordinary people might get to see Epic gems in sockets of our Epic gear before we all go Panda mad. A transmute would not go amiss.
Posted by Bob at 10:44