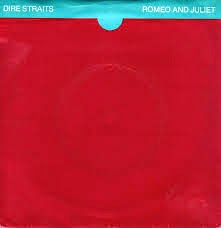 On the dividing line between good and bad, light and dark, Horde and Alliance, I am firmly entrenched on the Alliance side and have more than once unfurled my battle standard for the blue side. Somebody needs to stand up for the Alliance, otherwise we are like vegetarians who are too weak to stand never mind fight for their rights.

I have thought about it for a long time but I have a full roster on my main Realm Anachronos-EU. Yesterday Blizzard did some additional maintenance on my Realm but I naturally assumed it was in preparation for Warlords of Draenor. I was of course very wrong and there was no Anne Stickney update to warn me from WoW Insider like the hundreds of connections before that merited a message.

In hindsight it is of course easy to find the missing info which was buried in the Forums.

﻿
It is a big welcome to Alonsus and Kul Tiras. I was waiting for this moment for a more vibrant busy realm and a much more competitive Auction House. The additional bonus for me is that I can add more characters to my Guild if I so wish, and I had a free Pass Go and collect £200 or a boost to 90 from my recently acquired expansion.

I logged on to the Character creation and chose the Realm Alonsus but I couldn't decide if I wanted an Alliance Priest, Horde Priest, Horde Death Knight, Horde Hunter. Like so many times before I turned my back on the Priesthood and chose an Undead Death Knight and an Orc Hunter.

Which one was going to become my new level 90? I played for 30 minutes with the DK with the idea of progressing to 60 and then promoting to level 90, but eventually settled on the immediacy of an instant Level 90 Orc Hunter with the highly original name of "Boborc"

With the exception of the 25 Achievement points I am not totally sure what to do with a Level 90 Orc Hunter. The first thing is to change the action bar so that I can play using memory muscle and not have to work out the current location of the spells. I am completely lost on the Timeless without any professions so a few trips to some low level zones is very likely.

Now the big thing I was hoping to manipulate is the Horde pets and the Auction House in general before they get merged together in the very near future. I could of course start doing PvP and camp the Silvershard Mines, but there will be nobody going through that Battleground when the Legendary quest is finally pulled.

In fact I am starting to run out rapidly in the benefits of having characters on both factions. Blizzard is due to neuter all of them in the next 2-6 weeks. So if you have any idea please let me know before I run out of time.
Posted by Bob at 11:24