It's All Over Now 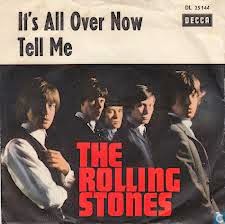 According to the Alternative Chat countdown clock we have just 42 days to wait for the new expansion. The 6.0.2 patch is sending down huge quantities of data due to the sweeping changes in the game graphics and of course new content. Garrisons obviously requires a few gigs worth of data to run.

There may only be a month and a half left, but we finished the current content 6-9 months ago. A little note to Blizzard it is possible to make a baby and deliver it within that timeframe.

Blizzard have of course been inventive in cajoling people not to unsubscribe, by placing weekly buffs on droprates and doubling our valor collection, giving more update opportunities so that we can spend that extra valor, before they finally remove the currency from the game. Oh the irony of it all.

I have 5 Legendary cloaks and a sixth is likely this week. This was not the icing on the cake it was merely the cherry on top of the icing. I only needed one cloak but what else was I supposed to do with no new content to play for so long. It was rather annoying to see Dave Kosak suggesting that the individual content patches came out quickly, and that Blizzard would like to move to a quick cycle, when we are still stuck in the biggest content drought ever and the only excuse was that they had increased the size of the team and that had slowed them down.

The last few weeks have witnessed a ramp up in Blizzard activity, with the unusual step of releasing in game cinematics, which all seemed a little voyeuristic. A peek view at the storyline without any context was very unusual, but then again once Blizzard put files in PTR then they are instantly datamined.

Oddly enough if you ignore the stupid storyline then Outlands revisited is starting to seem quite appealing. 4 Warlords down and they are quite interesting. I am still not impressed with the multi media approach, but at least I am not left to purchase books and comics for storyline, and it was made available online and integrated into the Battle.net load screen. So far we have had 2 short stories, 4 Warlord stories and multiple in-game cinematics. It look interesting

I am not overly excited about the pre-expansion content, but right now anything new would be advantageous now that the Legendary cloak door is closing, and there is so little left to do. I have occupied my time doing achievements, pet battling and selling junk. Perhaps I should be doing PvP so that I can have more fun at Tarren Mill in full PvP gear rather than be cannon fodder. From experience the better gear I have, the better chance the Alliance have of pulling off a coup and winning a battleground. It is not that I am so important, it just means I am one less useless noob to drag their sorry behind around a battleground. PvP match making should be a lot more precise than it currently is. Each player should have a Elo Rating, then you can combine Elo scores to make up a match, or it would be possible to have Elo class matches with all contestants being over a certain score. Blizzard introduced for Arenas but the problem was you had to win a fight to get a score, which resulted in people never being able to obtain a reduced rating and always fighting people much more capable or better equipped. Every loss should lower your score until you are face to face with worst PvP Rogue to play WoW and then your rating will start going up again. It is not like Blizzard need to do the mathematical computations, they have been using this system in chess for years.

Today is yet another reset day, and after the feast of two weeks ago, I well and truly suffered the famine last week. It serves me right for opening my mouth and of course it is exactly what you would expect with an RNG system.

The Grumpy Elf got me thinking with yesterday's post about the value of computer games and in particular World of Warcraft. I would like to agree with Grumpy that WoW is very good value for money, even though 9 years ago I felt very different about a subscription service. Some things have become a necessity to our everyday life that a two decades ago would have been totally foreign. Nobody would have expected to pay an ISP a monthly fee, never mind know what one was (does anybody know anybody with network access). Even grandparents are getting in on the act now, and the Silver Surfers have multiple wireless devices to access the Internet. There are other costs often bundled together to cover mobile/cell phones, and cable Television. The amount we payout on a monthly basis is quite frankly frightening, it is no wonder we choose to play a computer game rather than watch film at the cinema with additional cost of popcorn and fizzy drinks. What was once a regular activity in my youth is now a luxury, a seldom used event unless I get discounted tickets.

I got slightly off track there - but over 9 years I have had to upgrade several computers, monitors and graphics cards to keep playing this game. It is true that I would have a computer anyway, 90% of it's usage is still WoW. Even with 90% of the cost of the hardware and peripheral devices, I still believe that WoW is worth it. Which is more than I can say about genealogy sites who keep taking my money each month because I get distracted by WoW every time I sit down at the computer.

Email ThisBlogThis!Share to TwitterShare to FacebookShare to Pinterest
Labels: No More