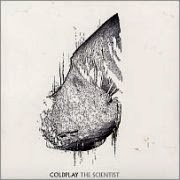 I had every intention of forcing my son to run Siege of Orgrimmar for me at the weekend, but unfortunately they outlawed child labour in the UK in 1870. My son was far too interested in going on 3 days trip to Anglesey in North Wales to do any Huntering, and apparently WoW is not a patch on Minecraft.

Left with no alternative I paid a little visit to the Stormwind Dummies with Hunter number 2, Buffalobob. Buffalobob is currently sporting  iLevel 542 which is idea for the experiment, but with the inferior weapon of Featherdraw Longbow iLevel 497. The aim was to record the value of autoshotting in this case with a Beast Master Hunter.

I ran the first set of figures with a pet in tow, and then repeated the process with no pet. It was at this time I realised that something was wrong. How could a dummy possibly be dodging my missiles? A quick visit to the reforgery, showed that the additional of an Ordos chestpiece and PvP bracers had disturbed my carefully crafted Hit and Expertise. It is this kind of exercise that shows why the Hit/Expertise capping had to go for the next expansion.

Avoiding the dodge misses increased my DPS by around 10%, which is why the Theorycrafters always insisted on capping Hit, and latterly Expertise, above any other stat.

The figures without any buffs were quite frankly very poor.


This just shows how useless a BM Hunter is without his pet.

The aim of this exercise was to see if I could obtain 40K in a raid by autoshotting alone, and with raid buffs this answer looks like yes it is very possible.

The hunter in question Lotusmie from Fridays rants, was indeed freeloading in a Flex raid which was predominantly filled with guild members. It makes the people in the raid look soft for not saying anything, and letting the raid disintegrate because in amongst alts and fresh level 90's we are also forced to carry people who are not doing enough work to secure their place in the team.

Just looking at the character sheet, it is evident that Lotusmie can be partially bothered to gem most of their equipment, but not enough to put 5 enchants on.

If you can't be bothered to try when those around need you, then simply stop doing group content.
Posted by Bob at 15:47