Money (That's What I Want) 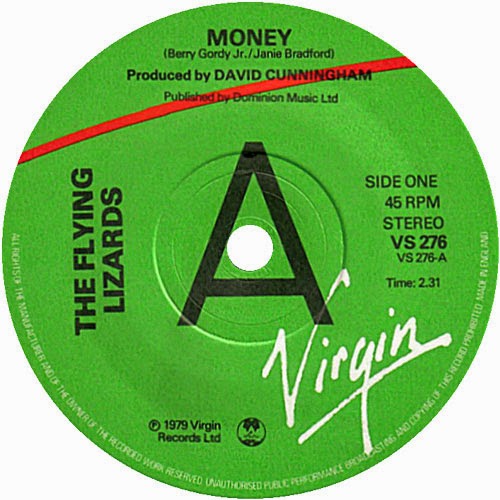 In recent weeks I have been working towards mothballing my characters. In preparation for a new expansion, I take my characters as far as possible and then sell off all the expansion specific resources. The idea is to make space in my bags and bank so that I can fill them with impunity during the early days of Warlords of Daenor. The process normally yields a large amount of money, as I sell off large quantities of herbs, ores, gems and enchanting mats which I have been accruing for the last 2 years. If you need a mental image, imagine 11 smaller versions of Smaug rolling in Dwarven gold and gems (as seen in the Desolation of Smaug).

This expansion I am starting from a new low point, having got interested in Pet Battles to fill the void in my game time. This prompted the loosening of the purse strings on top of the purchasing of 44 x Royal Satchels (I did make some myself) and the result is that I spent 100K Gold in a few short weeks. The biggest expense was the Jewelcrafting mounts Jade, Sunstone, and Sapphire Panthers. The Ruby and Jewelled Onyx are too expensive for my tastes. The largest single cost in the process is the 18K Gold for the Orb of Mystery. The comment below comes courtesy of WoWHead:

"It will only cost 280k (252k with guild perk) to make all of the mounts that use this as a reagent. (including the 4 extra panthers for the Jeweled Onyx Panther.)"

It will only cost 280K, so what are you waiting for, go and make 5 mounts now. The Royal Satchels at least have a benefit, providing additional storage, I have plenty of mounts I don't use already. In case you are wondering how much Royal Satchels cost on my server, I only buy when they are less than 3K Gold but of course that soon adds up. Lets guess that I made 14 bags and bought the rest that would be a mind boggling 30 x 3000 = 90K Gold. Now I have done the maths I am pleased that I only overspent by 100K Gold.

I am not destitute by any means, but I have an irrational need to recuperate the money I have used from my nest egg. The problem is I am unsure the best way to make money at this point in the game. Google will throw up all kinds of suggestions but in my opinion some are time sensitive or are just plain wrong for myself.

Plenty of suggestions to have a go at, and I see some immediate problems.

Apparently they are really easy. I have not done any Heroic 5 mans for at least 12 months. In my opinion as much as I like to do 5 Man content, I have no plans to start at this stage in the expansion

This is something that I have toying with for several months and unless you want to switch off now with TL:DR then I will save this another day.

I am not quite up to this stage but I will be in a few days. Expect a post in the near future.

In my opinion the value in the cooldowns disappeared months ago, Living Steel and Imperial Cloth still have a value but the Belt and Pants combo that was available to Tailors, Leatherworkers and Blacksmith are not worth the effort and the mats.

Already plundered this rich vein of gold. Any new alts would be on another server, unless my Realm was connected in during my sabbatical, in which I can create another 10 character and a free level 90. A quick check reveals not yet, but a plan is now being hatched for such a time when I can.

This was of immediate interest to myself and I quickly ran 2 hunters around Karazhan which was a lot of fun, but it was not very lucrative or rewarding. I still cannot solo Chess even with the nerfs. This is something that I might dabble with in the future.

Very vague and I am afraid not very helpful. I have been, unable to offload Glyphs or Gems in recent weeks and Battle Pets sell even worse. Even Del Boy could not sell my surplus stock. I have rarely dabbled with the AH since my addon broke, and I was unable to get to grips with the new version.

Yes it might provide a steady income, but I am not prepared to do that much fishing.

Living Steel, one a day is not going to make me a Millionaire any time soon

A limited market but a useful idea for using up spare Inscription inks.

I think somebody is having a laugh at my expense. I thought the entire player base had enough of Dailies after this expansion.

Who stole the loot out scenarios? In my opinion Scenarios are good for a couple of runs. Which unfortunately makes them bad rewards for Developer time/playability ratio. Not sure it is a money spinner.

Specialist cloths have been on my hate list since WotLK having to visit a location to make one cloth a day is too much devotion. My Tailor seems to be one character without a bag full of Motes of Harmony. Another big mistake by Blizzard not making them BoA and then not using them at all in later recipes.

Never really made any money from potions in any expansion, and it is unlikely I will start now, even though I have a mound of herbs.

I intend to make 100K as quickly as possible, and my first step is to stop spending. If any of these methods make me a fortune I will report back after I have made my first Million.
Posted by Bob at 16:13

Email ThisBlogThis!Share to TwitterShare to FacebookShare to Pinterest
Labels: Money