Kiss The Dirt (Falling Down The Mountain) 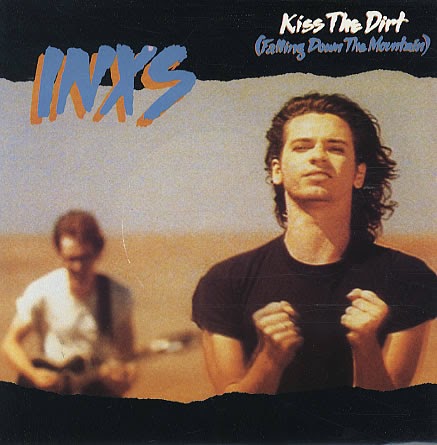 I have started playing catch-up on the WoW blog sites, and have encountered some bad news on the way. BBB has finally decided that WoW is not offering his family the value for fun of running 3 accounts at a time of no new content. BBB does not state any intentions to return or to continue to write, but the smart money is that a WoW blog, with no WoW content will soon dry up. Thanks BBB for all your stories, you will be missed.

Rohan at Blessing of Kings has been on a 3 month sabbatical, but thankfully is now back and churning out the content.

***Update*** It appears I am very much out of the loop and the Grumpy Elf is almost retired except for the Monday Random Thoughts. Things really are looking bad unless Blizzard decide to put a shift in.

I have read several pages of WoW Insider, at breakneck speed, mostly because not all the content is WoW based, which is rather odd for a site dedicated to World of Warcraft. Maybe they should be Blizzard Insider (but without any of that StarCraft nonsense). They have a requirement to get articles out on a given time frame, and the result is that often articles are niche, irrelevant, already known or just plain news flashes. Every so often they do a really good article at a time that you want it.

Yesterday I wrote a small section on the Legendary Questline, with an update and link to WoW Insider - How to get a Legendary on a Boosted Level 90. The guide is clearer and more concise in its content than the original Icy Veins guide, with the removal of the additional information when we knew nothing of the content, and the way the guide needed to be updated with each patch. What is important is that I learnt 2 new titbits.
I was partially aware about Lei Shen but I did not think it applied to the Titan Runestones, only to the Secrets. The Sha of Pride is the wing that I actively avoided, due to the fights not being exciting or even worse not being suitable for "24 other cockwaffles" (Thanks to Grimmtooth for that one). Wings 2 and 3 at least have a Hunters weapon available. The result was that I am only on "the other bosses are random." section.

The Celestials I have been picking off only when my Realm and Faction was doing the fights. This method is hit and miss, but the joining other Raids gets the task done in minutes.

World of Warcraft is a complex game built up on layers of information, and often the game and developers fail spectacularly in conveying all the features. Too much information is often just as bad as too little and technology generation have invented the expression TL;DR (too long; didn't read - in case you are as old as me). I am aware that Blizzard have produced a 30+ page document on the Warlords of Draenor features and rationale, but how many people have read it.

It is often stated that the drafting of the US Bill of Rights at 462 Words is a masterpiece of concise document writing. This compared to the thousands of pages that are generated by the European Union is a perfect example.

I have played the game for over 8 years and still only know about 90% of the content and features in game. A good analogy would be how much of MS Excel plethora of functions are used by most users? I am guessing that a large percentage lie unused not because they are not useful but because people are not aware that they exist or that the instructions are just too convoluted.

Now that I am enlightened I should be able to obtain a Legendary in 3 weeks maximum. Who knows I might unsub when I have run out of things to do.
Posted by Bob at 13:29

Email ThisBlogThis!Share to TwitterShare to FacebookShare to Pinterest
Labels: Complicated