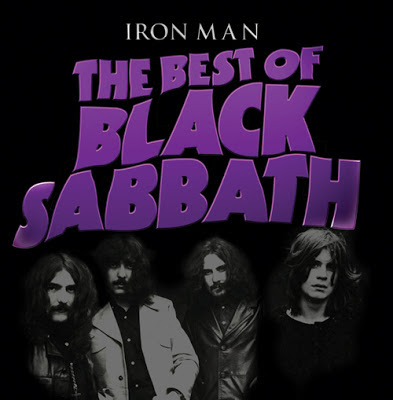 Postings have been rather scarce this month, due mostly to my game time being based around Battlefield: Barrens. After my encounter with Janingvaar last week, I thought it was only right and proper to put my money were my mouth is, and investigate the Blood Death Knight.

Back in October 2012, I stated that Unholy Death Knights were wreaking balls, but I did discover later that this was an illusion that would disappear at around level 88 as the gear did not keep up with the decline in my powers during the levelling process. Blood Death Knights have morphed into the Paladins of old, able to dish out the damage, absorb huge quantities of damage and heal themselves in the their spare time. Blood Death Knights have evolved, they have no need for healing, they just spontaneously regenerate as part of their rotation and a choice of cooldowns for soaking up the damage.

I have never really played Blood before, except for a strange hybrid I used for PvP which was based on regenerative abilities and maximising the damage from the rest of the skills. Needless to say I had no burst damage, but I was a pain to kill.

I visited Icy Veins as my first stop to understanding the spec, but I discovered that the guide is aimed at producing a Raiding capable Tank, but my goal is completely different. I want a Wreaking Ball, an Iron Man, somebody able to stand up to an angry crowd and give back the damage in spades.

Talents seemed to relatively straight forward but the recommendations for Major Glyphs did not match my intentions. The following is the list provided by Icy Veins:

There are several Major Glyphs that can be beneficial to you as a Blood Death Knight.
Icebound Fortitude offers 50% reduction of cooldown but reduces the duration by 75%. This seemed like more faffing about than I was prepared to accept, for a minor improvement, I am not wanting to last for hours against a boss.

Vampiric Blood is another that offers a trade between bonus healing and granting health. I don't intend to travel around with a pocket healer so no thanks.

Anti Magic Shell, is something that I never use outside of PvP, I kill clothies not hide in a shell from them.

Death Coil, is not something I even added to my toolbar, due to the fact that it did not appear in my list of Blood spells.

In the end I choose Glyphs that I am familiar with like Dark Succor which grants 20% of your Health. Pestilience, because it increases the range, and Icy Touch because I had no idea what else to use.

Still wearing my DPS gear I went off to test my new spec. The first unsuspecting soul died a smooth bu slow death, and I was on full health which is not uncommon for a Death Knight. Next up was a party of 2, slow deaths but I was surprised to see how much AoE damage the other target was taking from my rotation, still on full health.

Next time I took on 4 Kor'kron Engineers and an Overseer,  I took a bit early damage to about half way, until I applied my Shields. Bone Shield and Icebound Fortitude up, now it was time regenerate. Death Strike, and Siphon and I am healthy again, 5 dead bodies and full health at the end of the fight.

One of the things that had most impressed when I met was Janingvaar, was the ability to take out the destroyers in the Oil Fields area of the Barrens. They are tough as old boots and come with 4 Engineers as an extra deterrent, so to test out my new experiment I grabbed a destroyer and 4 engineers, 2 Incinerators and an Overseer, applied my shields kept the regeneration process going and then mashed a series of buttons. In the end a huge mound of bodies, broken engineering parts and a nice collection of Oil.

In many respects this is all very easy, there is no risk involved and it is takes forever to kill one thing, but it takes a fraction of the time to kill the additional mobs. It does not seem worth engaging into combat unless there are at least 3 mobs present. On a Hunter you can deal with multiple mobs but you have to start breaking into your toolbox of tricks, Death Knights stand there laughing at the flailing army of mobs who are only able to scratch the surface of Iron Man.

As a playstyle I find it awesome in how OP they are, but another part of me is left thinking that this is cheating, in the same way that Druids can pickup items whilst still in flight form.
Posted by Bob at 13:06