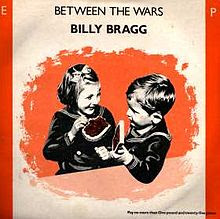 MMO's were groundbreaking at their inception, no longer would there be an end to a game. The game would use levels, and once the maximum level was achieved the the endgame began. In the case of WoW we have witnessed the endgame move from 60-70-80-85 and currently 90. The tools used to prolong game play are based on Gear, we have grown accustomed to the colour of the gear (grey and white are not much of a feature these days) Green - Blue - Purple and Orange known also as Common, Rare, Epic and Legendary. Psychologically we have adapted Purple and Epic as the obligatory standard. Every expansion since The Burning Crusade as seen all my characters decked out in Epic gear ready to meet the new world and the challenges that Blizzard chooses to throw at us.

Wrath of the Lich King which many people look back to as a Golden Age of WoW allowed a very easy mechanism for the acquisition of Epic gear, simply run a 5 man Heroic every day and you would have the choice of the latest gear. 2 aspects of the game, developed from this, the first was an add-on called Gearscore and the second was Looking for Group. After the prevalence of Gearscore, Blizzard openly embraced the idea and then Gearscore was superseded by the open use of iLevel. Looking for Group allowed the average player a chance to run supercharged Heroics that would last as long as 8-12 minutes, the queue times were usually longer than the instance.

This is what I define as the method of least resistance, MMO players will seek the biggest reward for the least amount of effort. In this expansion there as only been two such give aways. The first was in Patch 5.2 introduced the Shado Pan Assault who happen to have a very benevolent Quartermaster offering Battletags (iLevel 522 Neck pieces) for the princely sum of 1250 Valor available at Neutral Reputation. The second was the new content which involves 2 Scenarios, controlling a cat whilst deep undercover in Orgrimmar, a resource gathering quest for Vol'jin and then escorting an old man up a mountain. For about an hour of your time he will reward a nice pair of boots.

The rest of the expansion as been about LFR and reputation gains and the valor capping that goes with it. LFR offers the random method for gearing up, and Reputation/Valor offers the safe although very time consuming, guaranteed route.

Patch 5.3 introduced the middle way , with the Battlefield: Barrens. I know I have discussed this before, but it really suits my style of play and I have seen enough to give some reasonable advice.
The key to the area is picking up the weekly quest, and for anyone sporting an average iLevel of 490 this is probably going to be a waste of your time. If you are in need of an upgrade of iLevel 489 gear to one of the following slots, then it is going to offer a guaranteed reward for a reasonably rigid amount of effort.


These items either drop randomly from level 90 mobs or can be purchased from the Darkspear Rebellion Quartermaster. Obviously this is the safety net if you are unlucky with the drops. Bear in mind that the drops are not soulbound, so it is possible to farm on your better characters. 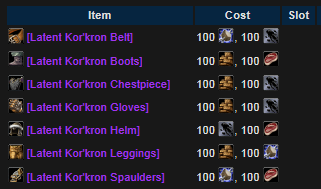 The aim is to collect 150 of Lumber, Oil, Stone and Food. If you tried to do this the hard way and to kill in the region of 600 of Garrosh's troops, it would take an absolute age. This in my opinion is the fallback method. The key to finishing the area in a timely manner is the Kor'kron Commanders. These are nasty little bleeders, that will use Rockets, Toxins, Explosives, Fan of Knives, Blink, Charge and a host of other nasty things. I friendly Healer is nice to have especially for the unfortunate melee classes. Keep yourself alive and take the rich rewards. Don't be Doucebag Carl and let everybody else do the work, get stuck in because many hands make light work. Then move on to the next Commander, rinse and repeat. The downside is that there are normally only enough people to do at busy server times.
I also stated recently that the spam about Overturned Caravans was a bug. I am beginning to think this is actually working as intended. I am sure it is do with CRZ, but the upshot is that you should check your map every time you see the announcement. Once in awhile it will appear on your map, and if you get lucky you can salvage the entire contents of the the 3 waggons, which are rumoured to contain about 50 packages.
Defending the caravans is a less useful method of collecting resources and I would only recommend helping if you want to break up your or the caravan is nearby. Melee will find this soul destroying.
The only drawback is that you can only create one item per character per week, but with the decrease in XP required to level you should soon have a full stable of characters wanting iLevel 489 items.
Farming with guaranteed rewards is therapeutic. Down with those RNG gods, up with hard work.
Posted by Bob at 17:01