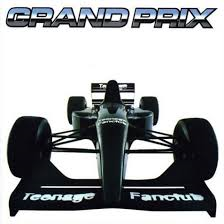 I was reading the late edition of Grumpy's Monday Ramblings (on a Tuesday), and I am now starting to get very worried.

I guess there is still time for blizzard to add content, but they better get off their ass and add it because time is running out. I've been a part of many betas for many different game and I have never seen one so incomplete this close to release as warlords is.

And if this is complete, with nothing to do, I really have to ask blizzard, what are you thinking."

I have not seen the beta but I was worried that this is the case. In my many years of dealing with Blizzard the opposite is normally the case. We will have a polished game ready for release and then Blizzard will spend 2 months adding extra sparkle, giving it a rinse and set and then only delivering when the product is ready.

I am guessing the DVD's have been burned for a few weeks and almost ready for the shops, so thankfully for Blizzard it is essentially a license in a box that they are buying from the shop. The big download will come in the weeks before launch. Right now Blizzard look like they have no expansion to launch with. I am anticipating content to come in patches and a bare expansion with 10 more levels, a new land (sort of) and Garrisons.

A quick browse of the Internet and you would think that there is no problem. 13th November 2014 is set in stone, but is it? Did a major Software House ever miss a launch date? Does Blizzard intend to give us a turd and polish it over time?

The Anniversary celebrations and Blizzcon are both going to take a chunk out of developers time, and unless they are holding back several updates I am starting to get worried that Blizzard can actually provide on time. After several months of "no content" a lot of goodwill will have gone out the window, and Blizzard will stand to lose big time at a time when they should be courting returning players and new players.

Does anybody else feel that Blizzard are letting this one slip? or is this already in the can and could be released in a month if they really wanted?

Email ThisBlogThis!Share to TwitterShare to FacebookShare to Pinterest
Labels: Road to Nowhere