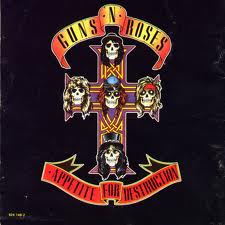 Following on from Queen, we have those Party Animals from Los Angeles, Guns 'n' Roses. A band that burned so bright in a 4 year period and then disappeared as quick as a line of coke and a bottle of Jack Daniels in the GnR Green Room.

The Queen Pop Culture references are firmly wrapped together in a quest hub, the Guns 'n' Roses references are a bit more dispersed, although 3 of them appear as Scenario achievements.

I was first alerted by the "We've Been Dancin'" achievement and started singing along before noticing the sub titled "Aid Master Brownstone in the construction of the Pandaren defenses in the Scenario 'A Little Patience'".
This then set me off in the pursuit of other Guns 'n' Roses references. So far I have found the Ulduar Raid Achievement "Lose Your Illusion"

and the Level 25 Quest in Stranglethorn Vale, "Welcome to the Jungle".