A Wild Stab In The Dark 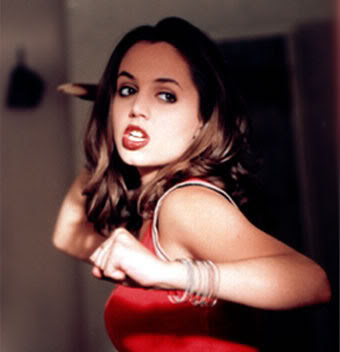 Back in April, I posed the question "Money - What is it good for?". This is obviously based on in game money not the non existent variety that I wish was in my bank account. WoW is suffering from the pre-expansion blues and those of us still playing are trying to tidy up our collections of mounts/pets, bags and bank space, missing achievements etc. The blogging community is relatively quiet with more people discussing Diablo III and MoP beta than the game currently in front of us. The exception to this is the Gold Making blogs, who are playing a guessing game on what to store for the next expansion. The big items seem to be ores, herbs, leathers and volatiles. The smart money is also on pets and mounts.

I have already stated that I have given up on the gold chasing meta game, but with every expansion comes rampant inflation. A single current expansion ore will go from costing 4G to the new expansion ore cost of 100G. The price will plummet after a few weeks but it will never return to its starting point. With inflation the amount I have in the bank will diminish, so to counteract this devaluation I am planning a pre-emptive strike.

In my opinion, based on nothing more than a hunch, a wild stab in the dark is that the money scam of the expansion will yet again involve Inscription. Glyphmas was the Sale of the Century in the last expansion. For those who don't remember or have not heard of the expression Glyphmas was the pre expansion patch 4.0.1. when Blizzard made Glyphs permanent. Previously Scribes had grown fat on the repeat sales of glyphs to maxed out players wanting a change of playstyle or respecing. Now everyone had the chance to learn once and forget about them. It was long anticipated that this would lead to high demand and Scribes stockpiled for months in advance only to find that their stocks had depleted within a week of the patch dropping. The demand was high that the prices shot skyward as the demand easily outstripped the supply.

So what is coming in MoP that will warrant another goldrush? Well for starters primary Glyphs are going the way of the Dodo, and will see a major revamp of all the Glyphs. Some Glyphs are going, some are staying and some are being removed. What Glyphs the scribes will know is unknown and basically this is going to create a Tsunami of demand coupled with an army, a sloth or even a bamboo of new Pandas with a new Monk class which is all going to hit the AH probably pre-expansion patch.

In the process of squirrelling away enough inks for the next expansion, I actually created too many inks of some varieties. These I turned into Glyphs and placed on the AH. I was shocked at the results. The Glyph market which I left 15 months ago because it was dead on its feet is still thriving. The supply has reduced which has raised the prices to somewhere between 15G - 50G per Glyph. The demand is still there which is odd at this stage in the expansion and with so many people taking a Diablo III vacation.

Is Insciption going to be a sure thing? My answer is just a wild stab in the dark, and where Blizzard is concerned there is no such thing as a sure thing. This is why we speculate to accumulate but remember investments can go up as well as down, just ask the Gold Makers about Pyrite (Fools Gold).
Posted by Bob at 13:04