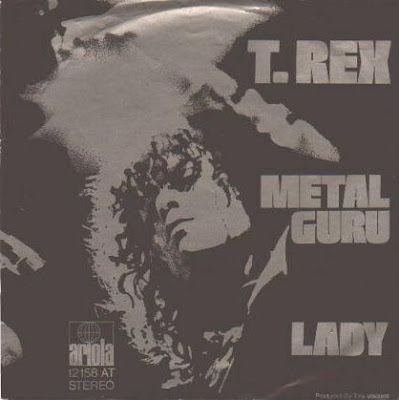 Death Knight, The only Hero Class in the game. Restricted to one per server on the basis that they start life at 55. This is what wowwiki has to say about the Death Knight.

"Death knights in Wrath of the Lich King are a new class mirroring their previous incarnations. While boasting powerful melee abilities, as well as plate armor, these warriors supplement their strength with dark magic. Calling upon a rune system of magic, the death knight may summon unholy, blood, and frost spells. The criterion for creating a death knight is the existence of a level 55+ character on the player's account on any realm"

Everybody has a Death Knight just like everybody has at least one hunter in their stable. The vast majority of players do not understand how they work or how to get the best out the Rune system. I am one of these people. Part of the problem is due to lack of understanding and the other part is that I do not and can not get on with any any melee class. For this reason I do not play Tanks and all my hybrid classes chose to heal or partake in ranged spellcasting.

The Death Knight is in my opinion one of the most powerful classes in the game, I just can't figure out, how to release the latent potential. Leveling a Death Knight requires no understanding of the class, and is mostly a game of whack-a-mole. Not only do they hand out monumental damage but they are dressed head to toe in Plate Armour and possess an incredible amount of self healing. I remember seeing one DK in a BG who despite being hit by half the alliance team would not below 95% health. The term faceroll was coined for DK's because they will kill you by any set of random keypresses.

If leveling a Death Knight is so easy, why do they become such a nighmare at max level? The following is based on my recent experience and the requirement to try to harness some that latent potential.

Having geared up 6 characters through the LFR, I had the choice of DK, Warrior, Warlock, Rogue. All 4 classes have been left for a reason. 3 are melee and 1 is a poor mans Mage without the survivability. Warlocks have faced an expansion of near extinction, and if you don't believe me then checkout the excellent series posts by Cynwise.

My Death Knight Blamebob was chosen due to the amount of game time I have been devoting to Inscription. I have recently upgraded all my alts with 397 Boots and Bracers, and the rest was made up of PvP gear and a selection of PvE epics. The all important weapon was the PvP 2 Handed Sword dripping with Resilience. I have always played Unholy, but for a brief spell when I wanted to emulate the Sherman Death Knight as a self healing Blood DK. Needless to say this experiment did not go as planned but it was fun trying.

I once researched the Death Knight rotation and came up with something approximating a working model. It was based around activating the runes at given times unlike my natural inclination to pop all cooldowns and spend time twindling my thumbs waiting for something to become available again. This was during WotLK and I believe that this is now mostly outdated because everything seems to be available all of the time.

My personal target to avoid total embarrassment is to achieve 10K + in LFD and 12 K + in LFR. This I managed but only just. I have yet to complete all the quests in the latest 3 Heroics due to coming in half way through End Time. I have now completed 5 of these Heroics but the questline is at the start of Well of Eternity. This at least gives a  good reason to keep going in so I can accumulate the 378 gear from the drops and the quest line.

Elitist Jerks have gone for 2 slightly different talent builds 7/3/31 and 7/1/33. The second is modified for greater AOE output. The standard spec is as follows: 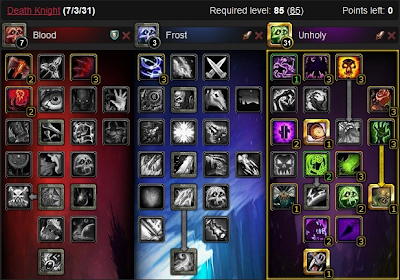 . My spec is the 8/1/32 which is designed around my lack of use Blood Boil and Anti Magic Shell, these are spells which I regularly used in PvP but forget to use in PvE for some reason.

The Recommendation from Elitist Jerks is as follows:

No rotation as such only priorities: