Instructions are for people who don't know what they doing. 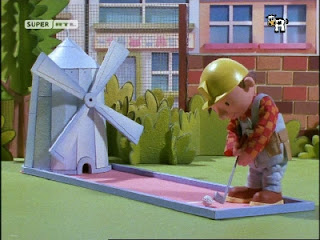 My daughter when she was a very young child, was a big fan of Bob the Builder. In the episode "One Shot Wendy" the gang are busy making a crazy golf course. In the process of making a windmill, Bob utters the immortal lines "Instructions are for people who don't know what they doing." Bob of course comes a cropper and ends up inside the windmill unable to get out.

I have often been heard muttering the same line, and more often than not end up in a similar pickle. It would appear that I have installed the WoW Client 64 bit version wrong. The official instructions as per Wowwiki states:


It would appear I have 2 distinct versions of WoW installed on my machine. This way if the 64 bit client goes pear shaped I have a backup plan. Opening the game without the launcher is just so fast anyway. I guess for now that I will just leave it as it is. There is no shortage of HDD space on my PC. Due to the number of times I rebuild my PC I keep my data separate from the Operating system. The disks are labelled as:

Both WoW installs are sat on the E:\ drive exempt from the regular use of Format C:
Posted by Bob at 12:06