Man On The Moon 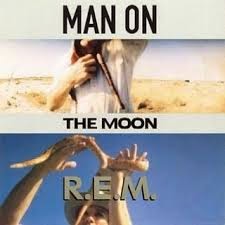 Yesterday, I waffled about the state of play of a AAA games company, unable to do the groundwork for an eagerly awaited expansion. This is not the first expansion, it is in fact the fifth and Blizzard should really know better.

Since Sunday everybody has been patting themselves on the back saying "job well done" (or if you are a Peon "Job Done"). The fact is that the game is still not stable last night I gave up with constantly getting "World Server is Down"

This seems to occur when unable to open an instance, and is still happening with sufficient frequency to suggest that Blizzard are still a long way from having a stable platform. Warlords of Draenor is based on the concept of Garrisons, and Garrisons need instances, and the instances do not have enough resources.
Interestingly enough I noticed a little message in my chat window last night that many people might not have noticed, but it will be familiar to anyone who used to chain through dungeons until they hit their maximum for the hour.

Apparently we are limited to 10 instances an hour, and that raises more questions than answers for me. My intend way of playing was going to be based around logging in on all available characters and setting the Followers on their course to complete their next mission. At the moment that is 12 characters and in the future could quite feasibly be higher.
If I dip into 10 Garrisons, in the first 10 minutes...
Are scenarios and dungeons no longer available for 50 minutes?
Can I revisit a Garrison that was opened already in the allotted time frame?
It could result in people being far more careful about leaving the confines of the Garrison unless they have a clear plan of the activity for next hour. Of course Blizzard have not communicated this information, and it was only 8 months ago that the limit was increased from 5 to 10 to accommodate additional dungeon crawling during the Great Pandaria Content Famine.
I may be a unique player with multiple characters and a new found adoration of Garrisons Followers and Missions, but maybe I am part of a large population. Either way it is unlikely that more resources will be ploughed into the Server farm just so that I can play the way I want to.
Posted by Bob at 09:47