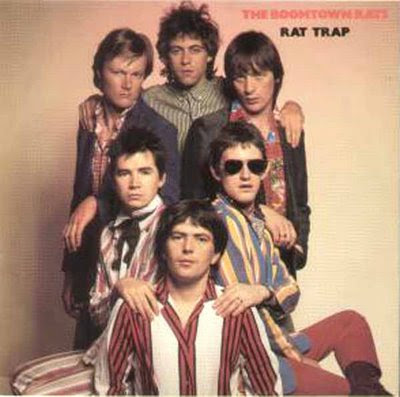 "It's only 8 o'clock but you're already bored
You don't know what it is but there's got to be more
You'd better find a way out, hey kick down the door
It's a rat trap and you've been caught"
Boomtown Rats - 1978

Have you ever had an epiphany? I had one last night and I am still reeling from the consequences. My flash of blinding light was, why am I playing World of Warcraft? The answer was that I don't know any more.
My history with Warcraft goes back years, I played I, II and III and when somebody at work suggested World of Warcraft, I was of course very interested and very put off. "What do you mean I have to pay a subscription?" I played lots of games in those days, but the idea of buying a game and then paying to continue to play the game was completely alien to me.
The compromise was to play on a private server (I know it's terrible of me). The experience did however get me hooked and within a few weeks, I was playing the real thing. In those days, the world seemed so big that research was needed to further my understanding, some quests did not explain themselves properly, and others required travelling around the world.
My time at work would be purgatory, and I spend my time thinking what I would do with my playtime and which character I would take out tonight. Holidays were terrible being away from the computer for a up to a week. No news, no research, no Warcraft. Television took a backseat, my wife bought a computer so she could play in the same room. We would stay upstairs so that we could keep a better eye on our young children and we would disappear into Azeroth and talk online with our new friends.
All that is now gone, my wife stopped playing nearly 3 years ago, she now works nights, and I am left alone in the computer room, logging on every night purely out of routine. Mists of Pandaria was designed with the idea of providing choice in our playstyle, do what you want, when you want, how you want to do it.
I no longer plan the night in my head, during the day like I once did. There is no need to do that, because I do the same things every night. I am following a path that Blizzard as carved out for me, the passage of least resistance. It looks something like this:

The steps are all about waiting in queues and doing tasks to fill the wait times. This constant rinse and repeat becomes very wearing, and it is about maximising time/rewards and not about having fun, and doing the tasks that you really want.

I am in a position were it is only possible to valor cap every other week. During the valor cap week it is important to maximise valor collection, so that I can get extra rewards for another character. The result is that I am starting to hate the valor capping week, and prefer the other week, were it does not really matter what I do. The carefree environment allows me to just do what I want. I am not forced to do lower level LFR's to obtain Sigils of Power and Wisdom so that I can progress with Wrathion. It is about wanting the end result, but not wanting the path to get that end result. In Real Life we call these tasks Chores, the tasks that need doing but we are fed up of having to repeat every day. This why we all enjoy our summer vacations so much. It is a break from the mundane everyday tasks. No cooking, no washing up, no tidying the house, no washing clothes, no ironing the clothes, no washing the car, and no mowing the lawn.

I suddenly feel like a Rat in a Blizzard experiment. The news from the PTR that levelling will be reduced by 33%, just feels that I will be able to force my other characters up to level 90 were Blizzard have got more wheels, mazes and food to tempt us into the same old tasks.

This morning I was greeted by the news that WoW has shed another 1.3 Million subscribers, and suddenly I can see clearly for the first time in years. The question is, "what am I going to do with this new found information?".
Posted by Bob at 14:04

Email ThisBlogThis!Share to TwitterShare to FacebookShare to Pinterest
Labels: Chores