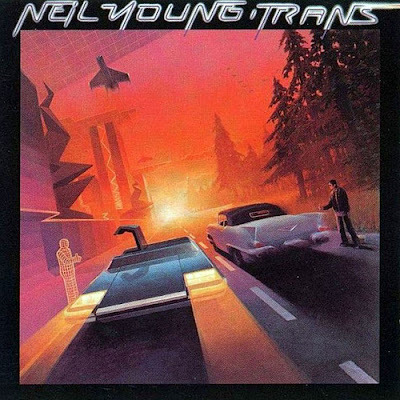 I recently wrote a post about some crafted Epic weapons which I had forgotten even existed. I received a comment from Navimie, saying they would be nice for a Transmog set. At first I was perplexed by the idea of wanting an item just for a look, when I just want it for its stats.

After mulling over the idea in my head for several hours, it occurred to me that there is not just one way to play World of Warcraft anymore. It could be argued there never was, with Questing, Raiding and Player v's Player, but now it is very different game.

Pet Battles is a big part of the game for a lot of players, I want to try it but I never have the spare time to chill out in the game. My time is taken up by all those things that Blizzard say are optional, like Valor capping, Reputation and Dailies. I am currently sat on 494 Pets of which 148 unique, and apart from getting an achievement, I have no idea why I have them. I never get them out for show, they just in the way when I am trying to click on something. How do you pick a pet anyway? they are never unique, does it give away too much information about you as person.

I have less issue choosing a mount and tend to use a Chopper for a land mount, the Traveler's Tundra Mammoth for selling vendor trash and the occasional repair and a small flying mount depending on the character (Class/Race).

Transmogrification is a function that I can understand but do not the patience to keep up-to-date. There is no point keeping up appearance whilst levelling, because the changes come think and fast. Do you transmog all your Blue gear or do you wait until you have a Purple set? How much does it cost? Do we even care?

I have only ever felt the need to Transmog one item, and that was the weapon on my Paladin. The item in question is one of  the first Epics that I ever saw and it required a hell of a lot of luck to obtain at level from Zul'Farak. 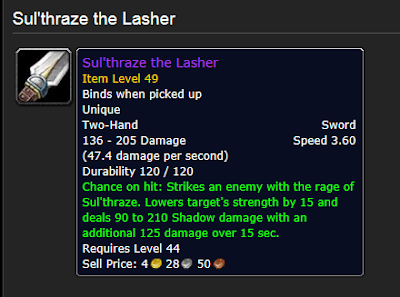 This weapon is not seen very often these days and gives off a feeling of being unique and besides I must have kept it for a reason.
I have always just worn whatever was an upgrade, and this produced some rather stunning combos. In particular I remember my Female Night Elf, Death Knight still wearing a full set of Death Knight gear on entering the Dark Portal. After a number of quest rewards I was wearing a dark grey/black matching set, with a Pit Helmet and Peach Wellington Boots.

These strange combinations became known as clown suits for good reason and The Burning Crusade was the pinnacle of strange combinations. The Lich King went to the other extreme and there was a tendency for everything to be a drab brown colour. The current expansion has a wide range of colour without the weird and wonderful of other expansions.

I can understand why people like to make their alter egos a nice smart outfit, but for me this sounds like too much effort, and it distracts from the main part of the game.

I like the idea of options, but it does not mean I have to partake in dressing up my action figure. I kind of like dressing up like a eccentric clown, who knows it may distract Garrosh from one-shotting me.
Posted by Bob at 17:18

Email ThisBlogThis!Share to TwitterShare to FacebookShare to Pinterest
Labels: Transmogrification